Difference between revisions of "Allendea"

Allendea (Franquese: Allende), officially the Allendean Republic (Castellanese: República Allendea, Franquese: République d'Allende) is a country in the Tulyan Peninsula in Southwestern Tarephia. It is a federal republic consisting of 9 provinces, with its capital in Catamia. It shares the eastern coast of the Catham Sea with Tigeria and the Soboko Republic, it also borders Kotel to the southwest, Broceliande and Barzona to the east, as well as Hueyapan in the north. With an area of about 105 800 km², it is the second largest country in the Tulyan Peninsula after Soboko.
Allendea has been continuously populated since at least 130 thousand years ago. Various local indigenous tribes lived there, until about 5 thousand years ago, when the Itanese settled in what is now Southern Allendea. The indigenous were continuously at some form of conflict with themselves and the Itanese. In 1151, the Franquese first colonised the area, causing the locals to band together against the Franquese, however, their attempts were unsuccessful. Locals were then deported to the north of the country or assimilated. In 1641, the Castellanese invaded in a search for gold in the Montes Nevados mountain range. Subsequently, the area later called Gran Fojenica was colonised. In 1811, Gran Fojenica declared independence from Spain. The following year, the War of Independence started. In 1815, Castellan surrendered the colony and left. In the following years, Barzona, Côte d'Or and Yrasema broke away from the nation, limiting Gran Fojenica to the area that is now Allendea. In 1852, a civil war erupted. It was caused after the newly elected president Néstor Pedro Iglesias officially disbanded the United Provinces of Gran Fojenica and declared the United Provinces of Austral Tarephia as its successor with the same territory in an attempt to decentralise the power away from the influential Fojenica. Some northern regiments of the army rejected the new ‘radical’ republic, and remained loyal to Gran Fojenica. Under leadership of former president Manuel Frederick Oriún, they refused orders from the new government. Austral Tarephian troops were sent to check the troops, the Gran Fojenican troops shot at them. A civil war started and lasted from 1852 to 1853, when Oriún officially surrendered. After criticism of the name, the nation was officially renamed the Allendean and Fojenican Republic. At the time, the term Fojenica referred to modern-day Southern Allendea and the term Allendea referred to Northern Allendea. The term Allendea changed definitions to what it means today, and in 1891 the Allendean Confederation was established. It quickly became a dictatorship, and in 1900 it was replaced with current republic after a coup d'état.
Allendea ranks very high in the Human Development Index. It has a moderate influence on its region and is a member of the Assembly of Nations, Lycene League and Tarephia Cooperation Council.

The term “Allendea” comes from the Castellanese term “la Tierra allende los Montes”, the land beyond the mountains, (as seen from Barzona) which was shortened to “la Tierra Allende”. The term was not used after independence, when the country was named the United Provinces of Fojenica, in 1815. “Allendea” was chosen as a neutral name in 1891 after the civil war. 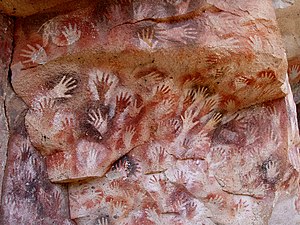 They mostly lived from animals, and had towns made of small huts. They started settling down around 12 thousand years ago, and slowly the Zuyete language drifted into various languages. The first cultures started to develop. Around 5 thousand years ago, the southern areas of Allendea were settled by the Itanese, as a part of early colonisation of the area, which also included parts of Damenstrom, Yrasema and Airannia.

In the year -100, the Itanese in Allendea had founded their state, the first large nation in Allendea, Capuchea. With their first army of sorts, they quickly expanded north of the coastal regions, by the year 0 they had roughly the land of the current Fojenica province. Seeing this, the Apelêzé (Avaléz) city-state, at the time the largest Pahalan city, called for the other Pahalan city-states to join them into a large state. All had accepted, except for the city of Mbadzêwà (Machegua), which was subsequently conquered by the Capucheans in the year 13. Soon, many conflicts broke out, however the border between the Pahalo Empire and Capuchea always roughly stayed at the northern border of the current Bervoy and Cóstel provinces. During the wars, the Pahalans mostly hid in the mountains and waited for the invaders to come and then killed them. They have rarely invaded lands of Capuchea. The war ended in the year 32, after which both empires relaxed their rule and functioned as a “small government”, requiring taxes from their subjected territories. Not much about the following era is known since people at the time did not write. 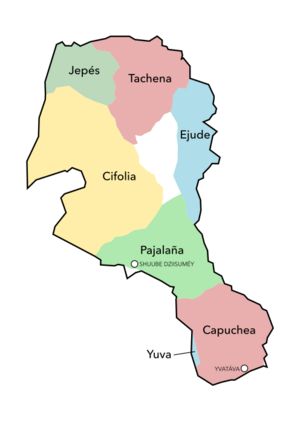 In 1151, the Franquese colonised southern Allendea and used it as an agricultural colony. It was also used as a way of trade between the colonial cities of Valoris and Emporie la Jolie. The first Franquese city was Saint-Ezéchiel (San Ezequiel), which was the main city and commercial hub. It was the only city built by the Franquese, other settlements did exist but were built by small farmers independently and were small in size, usually 3-10 houses at the intersection of roads. The rest of “Allendea” was conquered after a treaty was signed with Ingerland, where the west of the TBD peninsula (the land which is now called Soboko) was “reserved” to the Ingerish, and the east was “reserved” to the Franquese (i.e. the Ingerish didn't colonise in the east and the Franquese didn't colonise in the west). The local indigenous groups were largely suppressed: the Pahalo were shunned into the forests, and the Capucheans were largely assimilated. However, many rural areas that were not used for agriculture were left alone, allowing indigenous people to thrive there. In 1354, the colony was officially named Fojenique after the General Armand Éloi Fojenique.

When word spread that there is gold in the TBD mountains in the north of the colony in 1641, Castellan attempted to buy it, which the Franquese declined. Castellan started an invasion,called the War of Fojenica. One year into the war, the Castellanese conquered the north coast, and Franqueterre agreed to stop the war and letting the Castellanese buy the land. In 1643, the colony of Fojenique was formally disbanded, and ceded to Castellan. They established a new colony called Gran Fojenica, a Castellanese translation of the former name. Large untapped gold resources were mined and sold, bringing great profit to Castellan. Cities were established along the trade route from the mines to the new ports in Fojenica. As the influence and cities expanded, the indigenous were fought against even more. They were almost completely assimilated in the south, and in the centre, they were shunned onto the mountains. The north continued to be relatively sparse and ungoverned, aside from the corridor next to the Cobre river,

In 1811, Gran Fojenica declared independence. A war started in 1812, however it was too expensive for Castellan, so they surrendered and left in 1815. The United Provinces of Gran Fojenica were founded as a sovereign state, and Carlos Fernandéz Valdilla was voted as the first president and built up the nation. He organised it into 17 provinces, most of which were in the South of the nation. Fojenica was selected as the centre of power.

The northern border of Allendea consits of the Montes Nevados mountains, a significant mountain range with volcanoes. Other large mountain ranges are the Montes de Cóstel and the Odiso Mountains. It shares a coast with the Lycene Sea as well as the Catham Sea. The Cobre river is the longest in the country, almost running through the entire country. The country has a tropical to subtropical climate and has jungles and savannas. 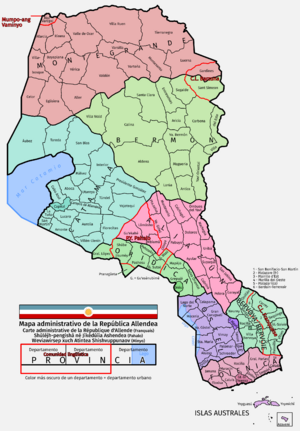 Main article: Economy of Allendea
With a large amount of natural resources, a very literate populace and fixation on export, Allendea is one of the Lyc's largest economies, after Latina, Freedemia and Broceliande. It is especially large with hydroelectricity, with the Cobre and Taichre rivers flowing through the country. A large export is also coffee and soy. However, above-average inflation poses a problem.

Industry is the largest sector of Allendea's economy. The leading sectors are food processing, vehicles and car parts, pharmaceuticals and machinery. The north of the country is mainly agricultural (Catamia flatlands) while the south is industrial — San Miguel is the nation's industrial centre.

Main article: Transport in Allendea
Allendea is primarily connected by a large system of roads called the national routes. Limited access roads (Motorways (Autopistas) or Trunk roads (Autovías) run between the largest cities, however the motorways are tolled.
From the 1880s until 1950, Allendea had a very expansive railroad system. From 1950 on, it massively decreased following the rise of the automobile. Nowadays, railways only connect the larger cities, many smaller and more rural lines have been shut down.
Allendea has two international Airports, Fojenica and Catamia. There are also several smaller regional airports.

Argentina has a large selection of newspapers in many languages, most have an ideology.
There is also a large network of TV channels and radio stations. 96% have access to TV and/or radio, 78% to the internet.

Allendea had 2 million visitors in 2020, mainly from Tarephia and Antarephia.