Ardencia (AR045) are not independent countries. They are provinces or municipalities/powiats within the larger AR045. 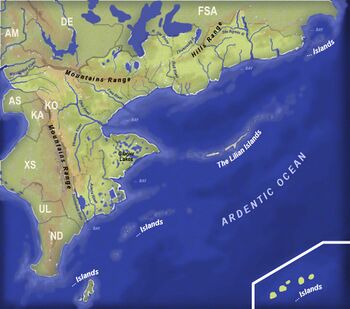 For more detailed information about language placement see the table below:

Ardencia is divided in 12 Provinces and each one of them is subdivided in Municipalities :

In addition, at least three collaborative states will be established, for mappers who want to build in the country without owning a territory themselves: free-to-edit AR045-02 and AR045-09 and collaborative territories AR045-06, AR045-08, AR045-11, AR045-12. The latter will become available for the general community to edit as soon as coordinators can be selected.