After the Regional mapping for the first province has been decided and mapped (congratulations to Bixelkoven!), we will move to the urban mapping of the area. This is the system we will use for the mapping of towns and cities in the area:

Before starting on the urban breakdown, I'd reccomend to use this resource to try and make an idea of what do you want your Castellan city to look like.

IMPORTANT: For organisation purposes, please specify which town of city you want to map so I can reserve it for you, so we don't end up having several people mapping on a single town by mistake. Also, do not map before I give you permission to do so. Look at the list of towns and cities assigned below for more details. --Martinawa (talk) 13:11, 16 September 2022 (UTC)

It will be mapped collaboratively, and planned in a similar fashion as the province: Submissions will be sent, and a vote will be held. Unlike the regional mapping, though, that was more definitive, this will be focused on the style of mapping that will be carried out in each part of the country, maybe with the definition of some main elements like main roads and similar areas. Afterwards, the city will be mapped in a collaborative fashion, with different parts and stages of the city potentially mapped by different users. 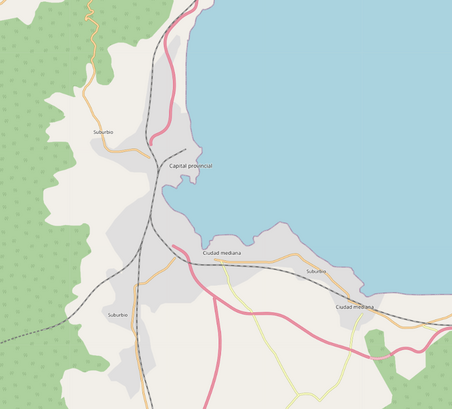 Area to be planned collaboratively

These will be mapped at the request of users, but having into account that more than one user can be mapping into such cities, due to their size. Proposals for these cities will be approved at request if they're good enough, and can be mapped right away. They will be featured in the wiki article, in case others want to join the mapping of the city.

These will also require a rough sketch submission, but can be mapped by only one person.

Suburbs are secondary centers related to other larger cities. They will be approved with a rough sketch request that makes the relation to the main city clear.

Submit your proposals for the provincial capital here.

Here you can post any ideas you have for a flag for Castellán. You can be as creative as you want, but should also explain the symbolism you decided for the flag. --Martinawa (talk) 14:48, 2 September 2022 (UTC) 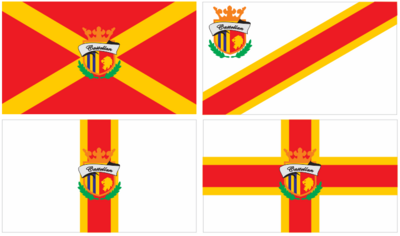 Here are my proposals.

Coat of Arms of Castellán

Here you can post any ideas you have for a coat of arms for Castellán. You can be as creative as you want, but should also explain the symbolism you decided for the flag. --Martinawa (talk) 14:48, 2 September 2022 (UTC) 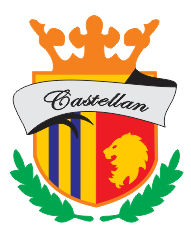 H ere is my proposal. 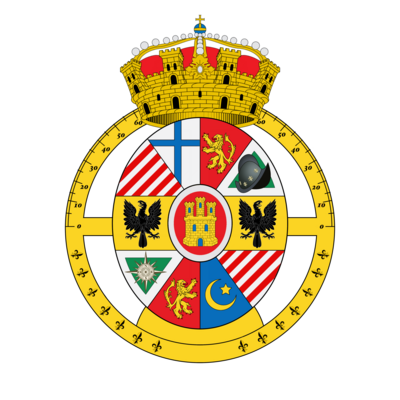 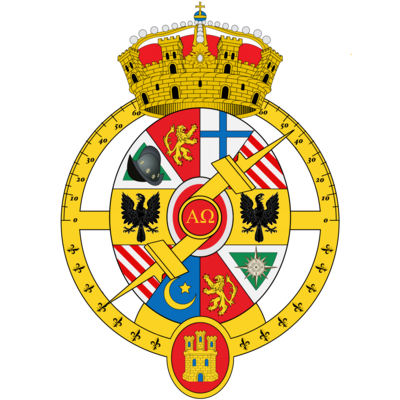 We can see a coat of arms in a very European style. The shape is circular with little cells in it for smaller emblems. We also see an Astrolabe that only shows the outer ring on the first proposal and also includes the measurement tool on the second proposal. On the top, we can see a crown composed of a castle shape on the bottom and a real crown shape on top. For the emblems, we have first the Castle, that represents the country of Castellán itself. After this we see the lion, another important element on Hispanic emblems. The two next symbols we can talk about are the cross and the muslim moon. This shows the past religious history of the country and the struggle between the Christianity and Islam on the region and a reference to medieval times. Next in line we see the conquistador helmet and the compass. These two represent the colonial history of the country and their impact on the ogf world. On the sides, we see two eagles facing the exterior. These two have the meaning of representing the imperial past, but also they sort of defend the interior of the coat. To make it look more secure. And at last we have two cells with crossed red lines. I’ll just leave this like it is and we can find a meaning if we want. Could be something related to royal families or a territory. In the second proposal we also see the castle symbol in the bottom and in the centre the letters Alpha and Omega, to symbolise the start and end of all things and also some Christian importance in medieval times.

Here you can send any ideas you might have for toponyms in Castellán. Anything is allowed: Names for mountains, rivers, regions, capes, city names you might find interesting all around the mapped features on the map. Please send a link of the area where you might want the name to be in. --Martinawa (talk) 14:48, 2 September 2022 (UTC)

Well, here I list some names that, looks spanish enough to me, hehehe. All of them, intended to name cities or towns.

Vacated regions looking for a user to finish them 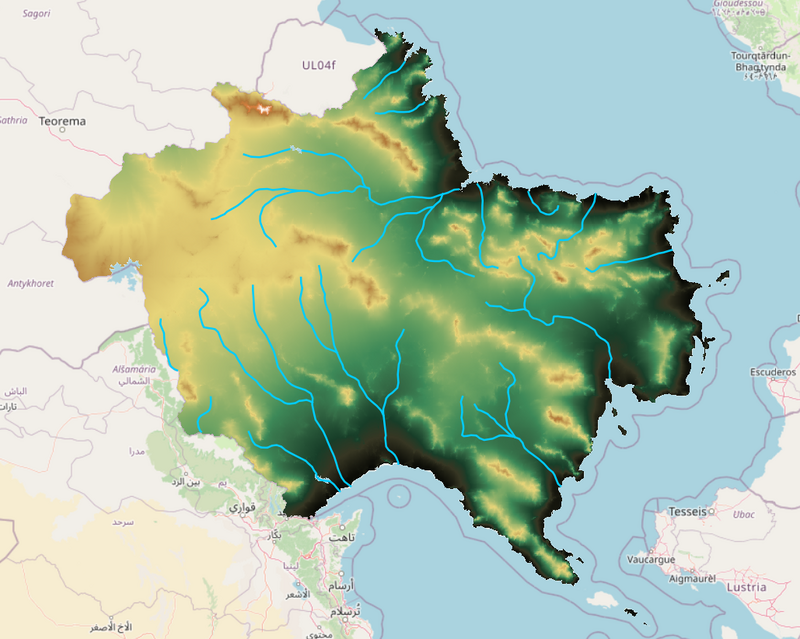