More information can be seen at Collab:Huaxia (in Chinese)

Most of the borders will follow existing territorial boundaries. However, there is a proposed exchange of territories between AR918 and AR926 with the goal of allowing existing major city that is mapped on the border to not be separated by major national division. This proposal can be seen on the following picture, as well as this changeset: https://opengeofiction.net/changeset/1202885 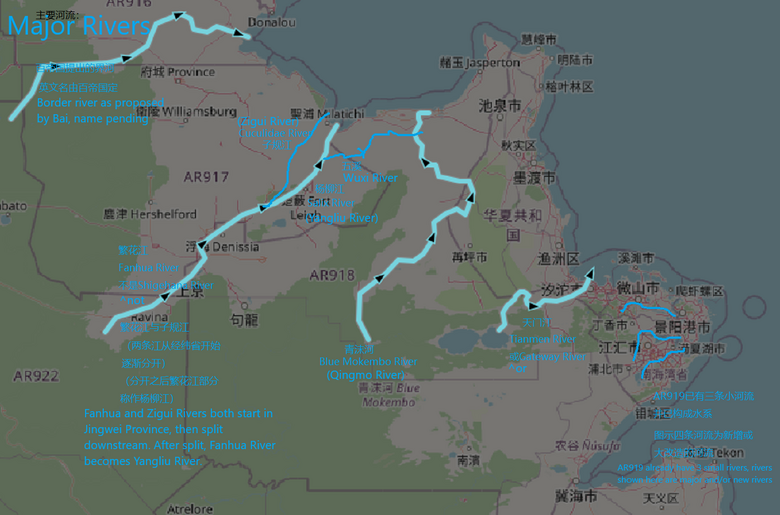 The proposed administrative divisions in the expansion area is shown in picture as follows: 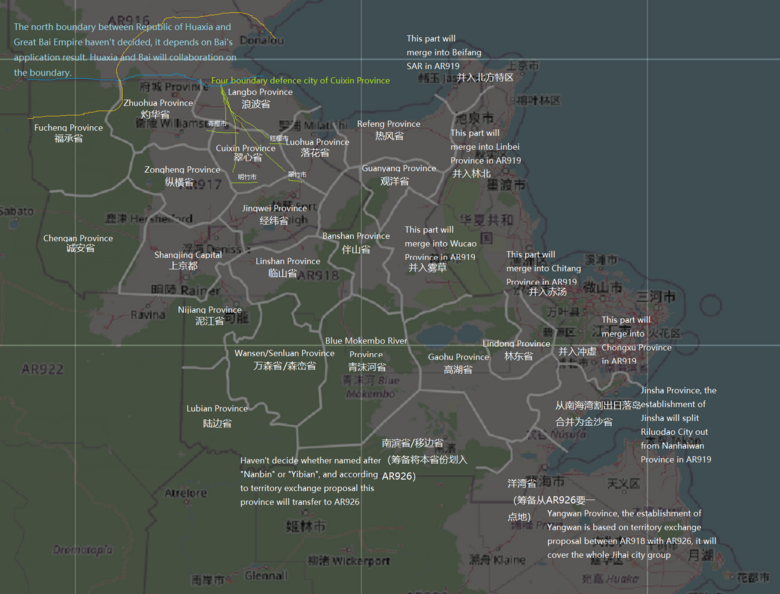 Sketch of the provincial divisions of Huaxia in the expanded area.

The population figure has been changed to a more realistic figure of ~220 million people, giving a population density of ~270 per sqkm. The capital is located in the Shangjing Capital region in the south-western portion of Huaxia, quite inland. However, most of the population will be concentrated along the coast. Infrastructure wise, it is very close to modern China but with a heavy focus on socialist city planning. Historical developments are largely replaced by newer developments, giving a very planned look to most cities. 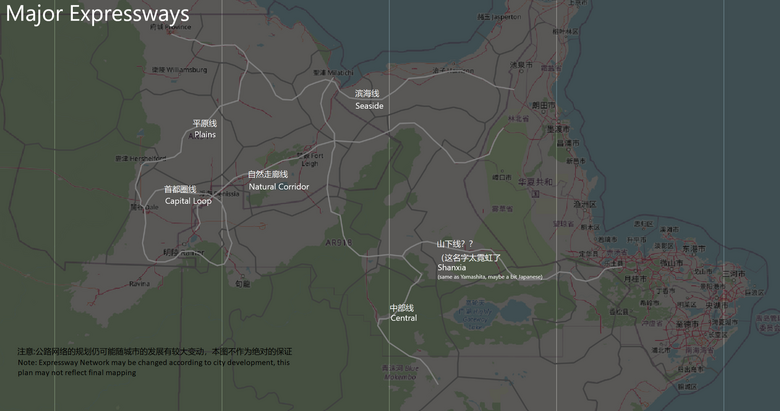 Sketch of major expressway routes in expanded territory. While this only shows expressways, the expressways will be located along major routes which other transportation modes will also follow.

Huaxia started historically as a collection of city states that separated from Bai Empire in the 13th century. This resulted in an rudimentary republican form of government very early on. A socialist revolution happened in the early 20th century which saw the country massively industrialize, while traditions gave way to socialist egalitarian thinking. The result of this is the widespread use of scientific city planning all across the country, at the expense of lack of historical artifacts which were largely demolished.

If looking for real world example, the country is similar to Northern China in culture (as opposed to Bai which is similar to Southern China), although with even less focus on traditions.