Xochimalta has been mapped a lot and due to the arrival of a new collaborator to the territory I would like to be able to request the extension of the country. 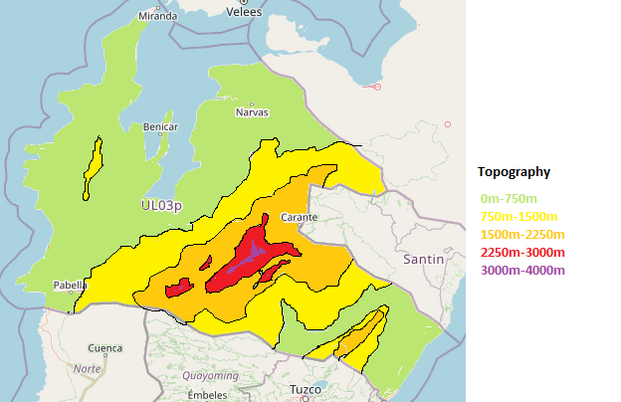 The territory will have a mountain range between the Torres del Sur Nature Reserve and the southern mountains of Santin. and the areas closest to the sea are comprised of plains covered with forests and agriculture. The climate is not different from that of Xochimalta, so it will be understood as a humid and sub-humid tropical climate. (Temperate in the highest mountainous areas).

The population will be concentrated on both the eastern and western coast. The economy, mapping style is similar to the rest of the country already done. Population density will be lower in the overpopulated south of Xochimalta.