Difference between revisions of "Olselen"

Olselen, officially recognised as the State of Olselen, is a Mid Ardentic state in the Federal States. Olselen hosts a humid oceanic climate and that is heavily influenced by Ardentic Ocean with flat fertile lands in the east, forests in it's central region, and many rolling hills in the west and southwestern region. In 2020, Olselen had a reported population of 5,379,771. The largest city in Olselen is Praxton which hosts just over 1,000,000 residents with a metro area of around 3.5 Million people comprising of 66% or 2/3 of Olselen's population. Nearby Prescott home to over 350,000 people and the state's second largest city is a regional industrial tradeport. Oleana which is the Capital of Olselen and the third largest city by population is one of the oldest cities in the region. Olselen is the second most densely populated state in the FSA only falling behind Penquisset. Roughly 45% of Olselen's population resides in Urban areas, 40 % in suburban / exurban areas,and around 15% residing in rural areas making Olselen one of the most urban states in the Federal States of Archanta. Nampaganset County is around 40 miles east of Praxton and is home to many white sand beaches, saltwater marshes, oceanfront highrises, and is a well respected summertime tourist destination. It hosts a small regional airport. Olselen is often referred to as the "Heart of the Mid Ardentic" due it's centralised position as well as significant colonial history in the Mid Ardentic states surrounding Praxton and later Oleana.

View of Downtown Praxton's Waterfront on the Olselen River from the Riverbanks area.

Olselen does not have county maintained roads but rather an expansive network of state routes and highways managed by the state government. These range from trunk roads, to primary, to small two lane rural country roads. Olselen consists of single, double, and triple digit state routes. The Single and Double digit state routes typically connect the cities and predate the FSA's motorway system. The Triple digit state routes are typically auxiliary routes of single or double digit routes and there are very few in the state. Olselen also is home to FS-1/FS-11, a major north south motorway as well as FS-30 one of the countries longest east-west motorways spanning from it's eastern terminus in Eastern Olselen to it's western terminus in southwestern Minnonigan.

Despite it's small size, Olselen is home to quite a few airports. In fact every Olselen resident is within at least 20 miles from some form of airport.

The State Of Olselen was originally the Colony of Olselen and first settled by Uleathan Settlers in 1640 on the banks of the Bluegill river. Around 4 years later, a small town and trade port was established and Officially Incorporated as the Town of Prescott named after Captain Arthur William Prescott , a well respected Ingerish Explorer. By 1670, Prescott was without a doubt the largest city in the Olselen Colony with a population of roughly 5,500 people, and a trade route had been constructed to another nearby river settlement 15 miles south off of the Olselen River. This settlement was Praxton after Explorer Harold Praxx, another well respected Ingerish Explorer. It should be noted that both settlements were already relatively inhabited by the Olsel Indigenous tribe who are known for being successful Fisherman, terraformers, and very welcoming and hospitable individuals. Though their settlements were notably to the North of the Bluegill River in present day Anne Abbey and south of the Olselen River in the present day South Suburbs of Praxton.

As increased levels of migration from Uletha prevailed, other cities would be founded throughout Olselen such as Olselen Springs, Cape Stockton, Northwest City, Derry, and Huckleberry Shores.

Olselen is the most visited state in the Mid Ardentic and the 9th most visited state in the Federal States by number of annual Visitors. Despite it's small size, it has much to offer. From the White sand beaches lining it's Ardentic Coast from Oleana to Cape Stockton, or the rock climbing, hiking trails, and numerous camp sights outside of Olselen springs, to the bustling Urban Oasis of the Twin River Valley area of Praxton and Prescott, and least us forget the Derry Coast, There is no shortage of activities, sights, and great times in the heart of the Mid Ardentic. 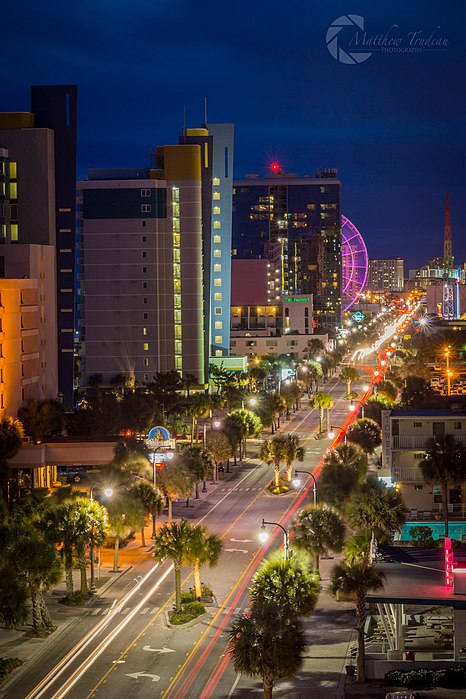 View of East Stockton Shore Road lined with Palm trees in Cape Stockton Olselen. Though palm trees are not native to Olselen and are not found anywhere in the state aside from the Northeast, they do well year round even in the winter months in the Cape Stockton Area.

Downtown Praxton at night facing Northeast from the Pasquaskett River 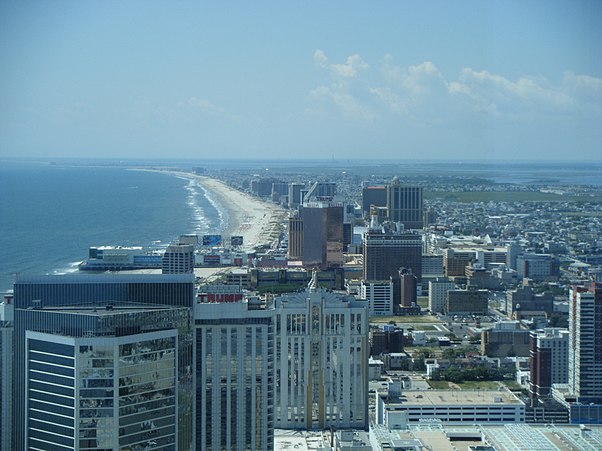 View of Downtown Oleana Capital of Olselen from Capital Tower along the coast facing south
Retrieved from "https://wiki.opengeofiction.net/index.php?title=Olselen&oldid=12508"
Categories: