Braxton County is a county in the F.S. state of Sierra. Located in central Sierra, it has an area of 1827.49 km² and a population of 288,450. Braxton county was named after F.S. General Lovell Braxton. 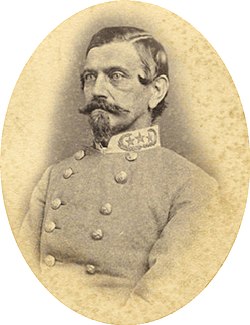 The Mision de Lola was built around 1790, followed by the Fortín de Lola now Lola. The town of Lola was officially chartered as Villa Nueva de la Buena Vista de Nuestra Señora de Lola, and grew into a significant city within the next few decades, and was the town with the most Castellanese architecture and heritage. It is one of the few cities in the interior of the west (along with Huntington), which maintain

In 1850 Lola passed to FSA control, with the Castellanese Army increasingly unable to maintain control over frequent raids by both native Archantans, and encroachment by Federal States farmers from further east. General Lovell Braxton was named first commander of the Lola area. The county was established in 1850 as the first in the state. It initially included land on both sides of the Colurona, and extended much further west and south.

Lola is the county seat and most populous city in the county. Holborn and Corona are two major towns in the county. Other built-up areas include Howard, Aston and Ostona.

Braxton County is served by the FS-81 highway in Lola and in the east, the S-11 highway in the north, and an intrastate route which runs diagonally across the county. The county has also set up 13 county routes.