Bromley City, formally known as Bromlaeg City and Folkstyne, and the capital of the Former Unionist Colony of Bromley, is a city on the Eastern coast on the Asperic Ocean. Standing on the mouth of the River Princer and Dartford Bay at an elevation of 11m or 36ft, Bromley City is the most populous city in Bromley and has been knowingly inhabited for just over 500 years by a mixture of tribes and Unionist migrants.

The city is globally recognised as one of the fastest rising, both in GDP and importance, cities and is currently ranked as having the 10th highest GDP of all cities in Antarephia. Contributions to this include its prominence in the maritime industry along with universities and the arts.

Bromley City's modern name is derived from the country it is situated in, Bromley. The name comes from a town with the same name in Kent, Unionist Colonies. The name between the 1550s and the 1820s was Bromlaeg City which came from the Old Ingerlish for Bromley meaning 'Woodland clearing where Broom grows'. The name was later modernised under the Name Change Act 1822 under the rule of Governor Ulysses Gerard. Before Bromlaeg City, the name of the capital was Folkstyne when Captain James Henry Orme touched down on the Eastern Coast.

Bromley City was formally known as Ostafariuan, a rural village with a tiny pier for ships who wanted to bed down for the night after long journeys across the Asperic Ocean. The village occupied 239 people, with a few more tribal groups residing close by, the Lathegraes being a key group. Most of the people residing in the village were residents from Northern Antarephia, Woolonia and Jefferson are prime examples. The residents of the village mostly worked in the fishing industry with some being in the poaching industry. 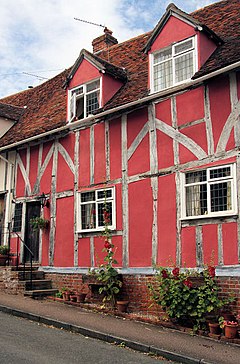 On 21st August 1493, residents were shocked to see Unionist ships arrive on their port, with then-to-be-governor Captain James Henry Orme stepping off the ship first. Orme brought materials to the village for the residents in exchange for a bed for the night for his crew.

The next day, Orme declared himself in his own words as, "The King of Bromley" which he called the country and he pronounced himself Governor of Bromley.

Several weeks later, Unionist ships started to flood into the port as Orme had established a naval base there against the Bromlavian wishes instead of building a tea and coffee industry. In 1501, Kanerel Olasdueas, a campaigner was shot dead for opposing to this idea in front of Captain Orme.

Population shot up during Orme's leadership, most of the residents of the country were now naval soldiers and would command naval meetings to the point where Orme was assassinated with a pistol on Prentice Street (Now Richmond Avenue).

In 1516, Admiral Julius Rafferty, the Governor of Bromley, established the Bromlaeg Tea and Coffee Co.. The village of Bromley City had now become a small town after it could not cope with the booming population and at this point became a population of 3,328 with 150 working for the company and the rest of the majority working in the agricultural sector. The company collapsed in 1599 after debts were unpaid for exports from the Government of Mecyna and the area went into a spiral of decline with 39% becoming unemployed.

On 21st May 1529, a purge was proposed by a top-ranking Captain - Richard Dingle, due to the increasingly uncontrollable population and ahead, leading to chaos erupting within the town, where 1,246 were killed including Captain Dingle. The purge later contributed to the downfall of the coffee and tea establishment as there was a small amount of people who could still take part in trade.