Chinkágaldosim-Pang (tɕinꜜkagaldosim, lit. "New inner city" ward) is a city ward in Dosyaeng-Dengshō, the inner city of Kojo's capital Pyingshum. Since the 1970's it forms the city's Central Business District and has been an office district and transportation hub ever since. It is the largest city redevelopment project every undertaken in the country. 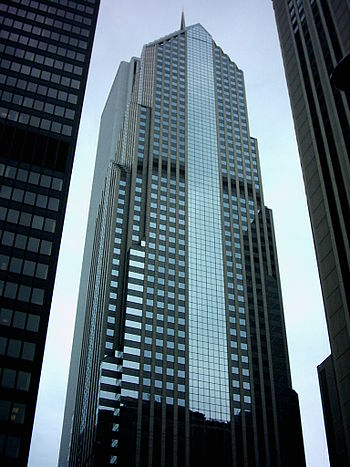 In the 1970's the general shortage of residential and apartment spaces in Pyingshum was everything but declining, and with globalisation there was a special need for large scale office developments to accommodate global enterprises operating in and from Kojo. Building modern skyscrapers across the city wasn't an option, since this would have severely disrupted the city's skyline and architectural merit. Therefore it was decided, under the impression of the principle of functional structuring, to move Aku-Dyanchezi from Doíku-Pang further south, invest heavily in new automobile and public transit infrastructure, and give modern architects a playground to build glass high rises in front of the relocated railway station on the ground of former railway yards. Basic developments were finished alongside with the first office towers in the 1980's, and the last empty blocks were being filled in the late 1990's. Due to ever growing land value and office space demand, old mid-rise buildings from the early stage of development are now increasingly being taken down and replaced with new towers, leading to a mixture of architectural styles from the 80's to contemporary ones.

On an area of 1.6km² only 9,936 inhabitants have their permanent residence there, giving it a (sleeping) population density of about 6,210 inhabitants/km². Most of these are wealthy executives and other highly paid professionals who work in the Pang's large company's and live in some of the few very expensive apartment towers or penthouses. During the day however the working population is a multiple of the night population, and the streets and places are buzzing with white-collar workers on their mobile phones.