The name Helvetiany comes from the Helvetic League, a commercial and defensive confederation of market towns and merchant guilds in the Middle Ages, which had its seeds in east Helvetiany.

Helvetiany has existed as a state in its present form since the adoption of the Constitution of the Federal States in Helvetiany in 1809. The precursors of Helvetiany established a protective alliance in the 14th century (1354), forming a loose confederation of states which persisted for centuries. The first notable confederation on Helvetiany's territory was the Helvetic League.

The Helvetic League (Mergan: Helvetischer Bund) was a commercial and defensive confederation of market towns and merchant guilds in the east of Uletha. Growing from a few towns in eastern Helvetiany in the early 1200s, the league came to dominate maritime trade for several centuries along the coasts of the Scythian Sea and Darcodian Sea, but territories also stretched to the Kaspen Sea. 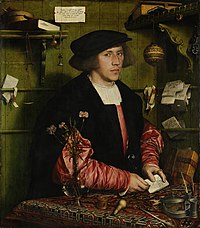 Helvetiany lies between latitudes 47.6° and 50.8° N, longitudes 131.4° and 139.2° E and has a total land area of 59131 km². Most areas of Helvetiany are flat and geographically very low relative to sea level, with the exception of hills in the central west. Since the early 17th century, large polder areas are preserved through elaborate drainage systems that include canals, dikes and pumping stations.

Chernozem field in Helvetiany
Large parts of Helvetiany's surface land consist of chernozem, the so-called black earth. The soil contains a high percentage of humus and high percentages of phosphoric acids, phosphorus and ammonia. It is very fertile and can produce high agricultural yields with its high moisture storage capacity. Chernozem is a resource that has made Helvetiany well known as a "breadbasket" and one of the most fertile regions in the world.