Officialy Kofuku Republic or Kofuku Raspublikk is a country in Antarephia, in the southeast. It borders four countries in land: Kalisaanyo, Lydia and AN150l, and near another 4 across several ocean straights. Bako-Huz is the capital and it is situated in the north of the country. In the county they speak Ingerish and Darrsian as official language.

The history of kofuku is divided into five principal eras.

Kofuku's first historical records, go back to year 2000BC, where hunting and harvesting tribes occupied the territory. We can think - though no evidence is laid- even much earlier.

In 2000BC, the largest tribes, like the Mai-Kurus, the Ashontes, or the Merinenses, were settled in fertile valleys and in the northern coasts..

Around 1000BC, a variant of the tribe Mai-Kuru, known as Mekunos, began to employ animals, and so substitute heavy human labour for beasts. The Mekunos, established the Kingdom of Greeko, with center in Amekumis ( later Anecumis) The Greeko People then influenced other tribes which also created new small kingdoms. Now covering almost all the territory of the actual Kofuku. 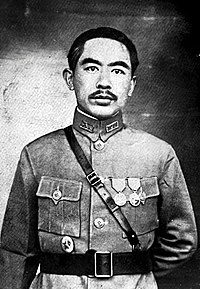 According to GDP Per Capita: