San Juan de Castellán is an overseas territory in Antarephia that belongs to Castellán. It consists solely of the city and island of San Juan surrounded entirely by the Kofuku Republic. It has 20 820 inhabitants and 1.54 square kilometres. Its population is mainly Kofukens in 72% and the rest is Castellanese 28%. The official language is the Castellanese and many people speak Ingerish. The city is just 20 km from Merky city centre, the capital of Kofuku. The eagles are the city symbol and it is in its flag because there are a lot of these animals that live here.

Old draw of San Juan
Before 1695 only 10 people approx lived in this island. In that year the castellanese crown decided to build a tow in this island and named it.

San Juan was founded in 24 of June of 1695 in the day of San Jhon (San Juan in Castellanese), thats where the name comes from. The town propose was to control the maritim entrance to Merky

In the Kofuku Revolution 1815 almost all of Kofuku got the independence. In the independence, treaty was signed that the San Juan island in the north of Merky will be the only territory that remains Castellanese. From this moment it became one of the main military and commercial outpost of Castellán. From 1815 to 1939 it remained as an overseas territory of Castellán.

In 1939 a military dictatorship was settled in Castellán after a civil war and the inhabitants of San Juan declared It's independence from Castellán until the dictatorship ends. Castellán government couldn't do anything because almost the entire international community agreed. In this time as an independent country, it established many friendly links with Kofuku.

In 1975 Castellán become a democracy again and in San Juan there was a referendum votation to decide if they should remain independent or become part of Castellán again. The option of returning to Castellán won with 76%.

Castle of the Rock

The Castle of the Rock Castillo del Peñon was built in 1720 by order of the local governor. It was built to protect the city against boats. Their cannons could destroy a boat from a long distance due to the altitude of the castle.

One curiosity of this castle is that it haves never been conquered and the cannons still work. In the local festive day, a cannon with only gunpowder is fired.

The museum insides show the history of San Juan and many historical objects.

Manuel Rogelio Stadium from the outside 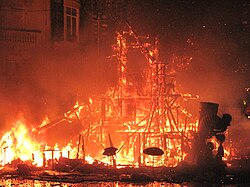 Fallas of San Juan 2014
This is the official stadium of the San JuanFC (football) The stadium was built in 1976 by the central government of Castellán to celebrate the reunification of San Juan and Castellán. It has a capacity of 20 000 persons.

It also hosts concerts and big-scale activities in San Juan like the Fallas of San Juan. This is a traditional celebration from Valença,where big statues are burnt in the night. The stadium also has a lot of shops inside it and the tomb of Manuel Rogelio, the first football player from San Juan.

This is the only cemetery in San Juan. It was opened in 1816 by the new overseas government. The cemetery is near the Lighthouse with the same name. To access the cemetery and all this part of the cemetery there is a tunnel of 300 m crossing under the airport runway. The cemetery haves this name because it is in the Cape Virgen del Sur. The closest point to the north and Castellán of San Juan. 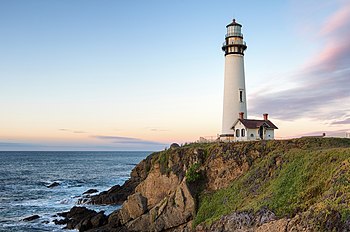 The light of this lighthouse is the first thing that the boats sees in the night arriving in San Juan or any part of Merky from the sea. It haves always had a meaning for fishermen and sailors because seeing this means that they are safe and near home.

It was built in 1645 even before the city and it's the oldest building in San Juan. In 1820, 1962 and 2007 it was restored to conserve it in good conditions. The actual lighthouse is still working and is also a museum.

The lighthouse man and keeper now is Daniel Gómez Prado that is also one of the members of the city government.

Rock Walls
These are 350 metres of an old castle wall. They were built from 1702 to 1709 to protect the city population against a pirate invasion. After the construction of the Castle of the Rock in 1720, theses walls were abandoned. In 1994 they were opened again for visitors and tourism. 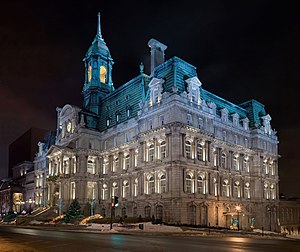 San Juan City Hall in the night
The City Hall of San Juan was built in 1819, it also has the function of government link with main Castellán and the house of the local Major, (Right now, Alberto Vacanejo Ruíz). Here is also where all San Juan financial paperwork is managed. Also here is the Assembly of Parties.

On the 1 of May of 1999 a bomb exploded in the City Hall and ten persons died. The bomb was exploded by the liberal and separatist terrorist organisation of “Independencia San Juan”. Since that day the first of May is an official local mourning remembering the victims of terrorism. Also, the Kofuku Goverment sends gifts to the city.

Cathedral of San Juan
This is probably the most visited building in San Juan. The cathedral was built in 1894 on the ruins of an old burned church from 1754. In the legends, the old church was built by Saint John himself (never proved). When the old church was burned in a fire the Pope ordered to build a cathedral in the same place. Castellán and Kofuku raised a lot of money to build it and restore all the city of San Juan that was declining in those times. The result was this wonderful cathedral.

Monkey of San Juan in the Rock
The Rock (El Peñón in castellanese). This is The heart of San Juan and the only mountain in San Juan. It has near 200 meters of altitude and a very leafy forest in it. The Rock haves a small population of grey monkeys (See photo). The Rock and the Monkeys are protected by the Castellán Government and the International Nature Organisation since 1997. The Rock has a lot of pathways all over it to visit or walk. On the top of The Rock there, There is an antenna that provides free safe internet access to all San Juan (Only registered citizens). The Rock park ranger headqarters Is in the centre of the mountain.

How is the government elected: In the first, the San Juan citizens vote one of the multiple parties. Later the most voted party needs to reach 50% of votes by allying with other parties. When some parties reach the 50% the head of the most voted party becomes Major and the head of the next most voted and the allied party becomes Vice Major. The Major and Vice Major select the group of people that are going to form the government with them. In a different part the Assembly of Parties of 20 persons is formed with the percentages of votes. For example, if a party gets 10% of votes it will have 2 seats in the Assembly of Parties. 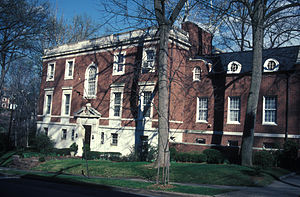 Consulate of Kofuku in San Juan
Due to how close they are and their link, Kofuku haves a consulate in San Juan. Almost five thousand people cross the border from Kofuku to San Juan everyday to work and visit it. The consulate also manages the border with San Juan in the Kofuku side. They have an agreement with the San Juan government. In it the San Juan citizens and Merky citizens can cross the border without passports, only with the identification card but only if they go by train. Also, the Merky and San Juan police work together in many of the operations against smuggling.

San Juan is one of the cities in the world and the first in Castellán with more delinquency. Especially with robbed vehicles and guns smuggling. This is why in the border guns are not allowed to pass and vehicles are very observed. This is why many people from Kofuku use the train to cross the border.

Airport of San Juan from the Speedway
San Juan has a small airport, but very big compared with the city population. The main purpose for it is to enable arriving to San Juan by air without passing through Kofuku land. Originally the San Juan airfield was built in 1932 only with a grass field and one hangar. In 1957 was upgraded to a military base and in 1984 as a civil and military airport. The Kofuku government and Castellán made an agreement, in it Castellán could invade the aerial space of Kofuku but the only civil airline to make commercial flights will be Dumbo Star. The runway length is about 1.250 metres and allows small and midsize aircraft and big aircraft only in emergency situations. The airport gives service to lines from Castellán and Kofuku.

Boats in San Juan Harbour
The San Juan Harbour was built in 1701 as a little port and has been amplified many times (1780), (1860), (1930), (1960) & (2004). It is just a normal harbour, but in it, there have been docked some of the greatest boats of the past 200 years. The north-east part of the harbour is the most used. There are private boats and yachts docked in there. The north-west and all south part are for large boats, and the east part is for mixed-use. In the east there is the dock of the ferry line that connects San Juan and Malgazán, one of the main ports of Castellán. Also there are the speed boats of the San Juan police.

San Juan Line
As explained in the section of Government—>Diplomacy, almost all the visitors and workers who cross the border go by train because is faster and gives more security. The station haves its own little border control in it and the station ground is international territory just like the airports. The train line is managed by Lucca Vehicles a state owned company of Kofuku. The line has 3 stations. San Juan, Merky Zoo and Merky Central Station. The duration is 20 minutes and costs 3 bitcoins ($ 3.37) The Merky Zoo and Merky Central stations have free parkings to leave personal vehicles.