The Kingdom of Hipanphie was established by Tamatobol I. It was established in a civil war between Tamatobol and the Ekophos Empire. He started the Hipanphie Agrocultural Revolution, in which he also established the Tiend Told (One Tenth to Tax), where farmers paid a tenth of their wheat.

Tamatobol I was unfortunately found dead at the Køby River in 830. Tamatobol II was selected as new king, and he started the creation of Køby or Choebyje. He was a geek, and he studied Economics in Commonia. He started the Economic Boom, in where Gold, Silver and Gunpowder was attractive sale in Hifnakia. He died in 899, marking the holiday, The Dead Day.

The Middle Ages of Hifnakia had begun. Especially the Gold and Silver industry was booming. Hifnakia became the epicenter of Ulethian Trade. Yani I was a very popular king, and he was said to be the first Imani King (Some point to Tamatobol III). This was also a period, when the Maize arrived at Hifnakia. Maize began booming in Hifnakia with Sunflowers. Hifnakia was officially the epicenter of trade of nearly all of the world. The first law was signed in 921, and was called, the Law of Hipanphie.

In 922, he got a son called Hemiz. The Court ruled that he should be the successor, and shall change name to Yani II. But Yani refused, and he began the Hifnakian Law Revolution. He eventually won, and Hemiz was Hemiz.

He made a currency, called the Eshatung (Trade Silver), which was divided into a 1/100, which was a Pennung (Small Cash), a 1/50 which was a Holvung (Half Silver) and 50 Eshatung, which is a Reikung (Rich Cash). And he also made the first type of Wage, called Bonde Ungat (Farmers Cash), which was 5 Eshatung. He also made the Reik Spendaur (Rich Peoples Savings), which was 60 Eshatung. Then he made a tax called Cent de 30, which everyone should give 30% of their cash to the state.

He was popular and was credited for his amazing skills at finance. But, Hemiz died in 960, and Hemiz II, was one of the longest reigning monarchs in Hifnakia.

Hemiz II made the Kongehaandfæstning, which made so, that a King must promise and swear before incarnation. Hemiz II also made the Bondelov, in which poor farmers could borrow some land, with the landowner, owning it. Hemiz II died of a heart attack in 1020. Marking the end of the Yani dynasty.

The true signs of Iman rising began in 1020, after Hemiz II death. Hemiz' grandcousin, Khariya, which was under the House of Konigsbar, was elected as king by the King Council. Khariya I made the Khariya Dynasty as a succesor to the Konigsbar Dynasty. He renovated the Hemiz Mosque, and the place Hemiz II died, was made the Wailing Wall of the Honored King. He also funded the poor farmers, to succeed. Khariya I died in a unknown place, but in legend, he died while he performed prayer, when he bowed to God. Legend states that blue light shined out of him. The Sunniyah believes in him as a mighty and wise imam, Khariya Khuriyatin ben Tabaa. His son, Khut ben Khariya, was named Abu Khayaru II (The Father of Vegetables). He was made beloved king of Hifnakia. He made the Palace of Khattat(The Word) in Ayatiyashiq (now Ayasky or Atiyashik), as the largest mosque in the world. He died unfortunately in 1089. In Sunniyah ben Khariya, the Word of Khariya, it is narrated that The Rightful successor, will died, with a reflection of the Beloved Prophet in the air. The one who sees this, whom name will be shouted out in Heaven. Abu Khayaru III was incarnated. He changed the name from King, to Sultan. The King was to be his brother, Abu Khariya Aabi. 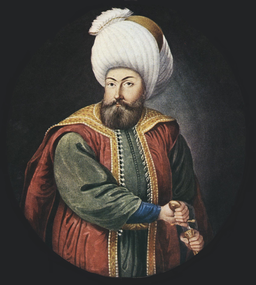 Khayaru III died in 1120, marking the end of Khariya Dynasty.

In 1670, king Hirstiyan declared war to restore the old Mariat Religion, to replace Iman. The Sultan accused Hirstiyan as blasphemical, and made 10,000 men march towards the King's Palace. But he fleed to Qarjibaniyya (Uzkesh). Hirstiyan then marched with 25,000 men towards Køby, but Sultan marched backwards. This made the 10 year war. It ended with Imani victory, with support from the poorest, to the richest. Hirstiyan was guillotined in 1682.

In 1849, sultan Yuzkan VI, and king Abdulqadran, created the Tingslov. He incarnated Dhariyyah ben Tar as president. Yakoub Chahad was prime minister, or at that time, King Chancellor, and was re-elected as Prime Minister. Ben Tar finished his presidency after 10 years 1859.

The First Democratic Period ended in 1899.

In 1901, the Landstingt and the Kongettingt voted to globalize Hifnakia, in an effort to grow the economy. They made beach towns and cities, expanding the cities already in Hifnakia, and roll out the Genhusningsprojektet af 1901, which they demolished buildings and make new, modern buildings.

In 1925, the Fascistos Party gained 25 seats in the Landstingt, and 12 seats in the Kongettingt as the Nationalist Bloc. Yuhannes Sebat nearly won the General Election with just 41% votes, while Hans Lingur beated him with 47%. In 1930, the National Coup de'etat began, with Sebat winning the coup.

The Uzkesho-Hifnakian war was the last war between Hifnakia and Uzkesh, and began in 1931, and ended in 1939

File:Hflaghif.gif
If gif isn't working, try clicking on it

Hifnakia functions as a Semi-Presidential, Constitutional Monarchy, with the constitution being the Tingslov. The president is Hashri Mutab, and he has rights to executive orders, declare war, and declare State of Emergency.

The Sultan is ceremonial, and functions as guard for the law.

It has many munincipalities, which is called Storamter or Kommuner.

It has a legislature called the Folkettingt, which means the People's House. It has an upper, and a lower legislature.

The Upper is called Kongettingt, which means the King's House.

The Kongettingt is both the Judicial House, and the final stage of a law getting through parliament.
Right now, the Red Bloc (HND, RP, SUP, SP) has the majority, meaning that it is easier (than not having a majority) to get a law they like, passed through.

The Lower is called the Landsttingt which means the Country's House.

Hifnakia has never developed a case-law system, neither a comprehensive system. Most of the laws are customary. The courts are as followed, Regular Civil and Criminal Courts, then there is a middle system, and then is a admininstrative system. Hifnakian law states that judges shall be chosen by the Prime Minister.

The Judge's Movement criticized the judge system, of being too Government influenced. In 2012, they made a referendum, but 72,8% of the population voted to keep the system.

There are many different cities and towns, with many being built. The capital is Køby, and has been the most important city in the history.

Hifnakia consists mostly of Hifnakians, in which has mostly Middle-Eastern blood. More over, immigrants from Commonia and other countries have been around 14%.

In Hifnakia, most people are devout muslims, as obligatory muslim classes from 0-9th grade.

The climate is warm and sometimes hot. It has grass steppes, and is like a desert.

There is no real winter, as it never snows in Hifnakia, only in the mountains.

Late Winter, is where it is at it's lowest peak. Spring is where the crops and trees form new life and springs leaves. Bahari is where most trees and bushes are done springing. Yazia is where the warmer, hotter, and more arid weathers arise, this is also called the Citrus Season, as the citrus plants grow here. Summer is called the Vegetables Season, and this is where temperatures can rise above 40 degrees Gelsius. Iliktis is called the Worst of them all, because temperatures get alarming hot, and droughts mostly happens here. Uelaic is the hottest autumn season ever. Kesh is where the hot temperatures drop dramatically, and many fruits get harvested here. Early Winter it is the next-coldest season.

Hifnakia uses Hifnakir, which has one of the highest values in the World.

As Hifnakia is a rich country, things like Coffee, Grapes and Fruits are mostly imported. As the Sugar Crisis continues, Sugar is now rationed, but a replacement is Stevia and Brown Sugar, which are healthy, and good alternatives.

Because of its richness, Hifnakia enjoys a great infastructure with high buildings without any problems.

Hifnakia is a very cultural country. Hifnakia is also a very imani country, where around 25% of the Tingslov is based of the Iqra. Hifnakia's culture is similar to of the Demirhanli Culture, both adhering to Hasba Imani Culture. There are lots of Hifnakian etiquettes, notably the Meal Etiquette. In etiquette, it is strongly recommended to eat with right hand, cut with left hand, and take food with right hand. This is based of a Ho'udith, which states that "People are encouraged to eat with right hand, because the Evil are eating with their left.". You shall also make a prayer/wish to god, that everyone shall have food, and thanks to god's food delivering.

The arts are mostly religious, mostly calligraphic, geometrical, and geographical arts. Painting of people is only reserved for informative and memorial purposes. There are still notable painters, who paint people, and are famous, even in Hifnakia, including Hasan Ibrahim Khashuj and Leila Hamur.