Difference between revisions of "User:Zhenkang/Sandbox"

Just a sandbox. Nothing more. Nothing less.

This is a list of mayors of Balonis City.

Grylster (also known as Ward 17) is a district in Huntington, Federal States. A large section of it is an ethnic enclave for the Oranian and the Northern Archantan ethnic population, featuring distinctly Bai, Gohangukian, Ninwan and other Oranian cultural elements. It is bordered by the Embassy District to the north, the Cemetery of Patriot's Honour to the east, Oldenthrope to the south and Brottenly to the west. It is also where the Department of Commerce and Labour is located. 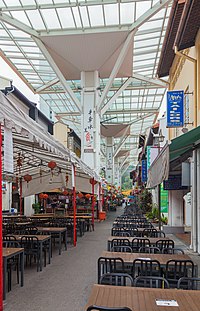 During the colonisation period, Grylster was where the Bai population, along with other ethnic groups subjected to Bai, settled and set up businesses in the area. The area was known through exaggerated reports and tales of slum housing, though that wasn't necessarily the case as there are also shophouses in Grylster. When Huntington was being expanded as the capital, the shophouses and slums were forced to make way for the expansion. The resident protested and the city planners eventually agreed to resettle them temporarily and as compromise remade some shophouses for the area for the returning population.

These flights were now put into consideration given Antigo's breakthroughs in technology and may be used for its future flights to 'enemy states'. All of its flights are one way only. The carriers don't necessarily land at airports. You can land anywhere you want so long the calculations are right. Majority of our flight carriers are personalised for one passenger. There are no in-flight entertainment or air stewards provided for these flights. Taking a flight to any of these destinations is a once in a lifetime experience. We have a no refund policy but hey you wouldn't need to regret your experience! Even if we do we can't return it anyway. Not to you especially.