Zalivnia is the nation with the highest forest cover in Egalia so far with over 45% of the land covered in forests. It has 2 national parks, with another one opening up quite soon. The current national parks are Zlatigora and Devojačka Gora. It has a total of XXX protected areas in Zalivnia, encompasing about XX% of the total land. Much of the forests are located in the north, east and southwest. These are home to many different species of plants like the dredge, birch, poplar, fir and pine. Animals like deers, wolves, foxes and bears are common in Zalivnia. The rare albino chipmunks are mostly found in the further north, and during the cold season the North Ulethan Tiger can be seen wandering in the northernmost regions of Zalivnia. The Egalian Lake is rich with different fish species, mostly pike, catfish, hake and salmon. Probably the most notable one is the Egalian taimen, only found in the Egalian region. 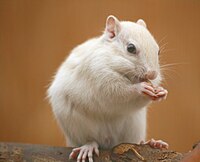 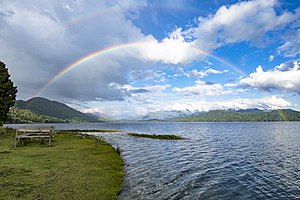 Zalivnia has a well-shaped and developed hydrological system found in every corner of the country. A total of 988 rivers can be found in Zalivnia, the most notable one being the Livna, traversing through the middle of the country north to south, 'cutting' the country in half. It's one of the longest rivers in Egalia, with a lenght of 505 kilometers (of which 280km is in Zalivnia). Other major rivers include Krivaja (being also the longest river flowing entirelly through Zalivnia), Skroj, Ragutina, Šumava, Litra and Lorava.

A total of 3,782,018 people call Zalivnia home as of the 2017 census. The total population has been increasing in a constant range since the 50s, with the growth rate alone slowing down each year. As far as calculations can tell, it is expected that Zalivnia would experience population decline in 2030. The population density of Zalivnia is currently 141.7 inhabitants per square kilometer, ranking it as the third most dense[1] in the Egalian Union (lower than Beldonia and Podolia), and is regarded as a country with a medium-sized density in Uletha. Historically, Zalivnia has been under the constancy of a positive birth rate, which is 1.7 as of 2017, as well as a negative migration index. It wasn't until the year 2000 when the index was positive for the first time. About 35,000 people immigrate into Zalivnia, while 25,000 emigrate from Zalivnia each year. The average life expectancy at birth is considered to be 82.2 years. This number has been increased to a really high level for the world standards, mostly due to the ban of cigarettes for all people below the age of 20 and above the age of 40, high standards of living, very good healthcare, as well as a result of a high environmental quality index.

The national language of Zalivnia is Livnian, part of the Syrillangan/Slevic language group, in the sub-branch of Central Egalian Slevic/Syrillangan group[2], closely related to Mallyorans and Beldonians, as well as to some regions of Podolia. Unlike other Egalian nations, the official script is in Cyrillic, however Latin is also widely used.