This encyclopedia article is about the country in southern Uletha. You may be looking for the collaboration page.

Gobrassanya, officially the 'Republic of Gobrassanya', is a country in southern Uletha. The country encompasses the eastern half of the Gobras Peninsula as well as the Lonowai Islands. Bordered by Alora to the west, it shares a maritime boundary with Khaiwoon in the southeast. Its capital and largest city is Gobras City, with important cities including Marapura, Ormeo and Puerto Geo

The original inhabitants of Gobrassanya were the Gobrasi peoples, a large group of diverse cultures including the Maranese/Gorrawa, the Pohalanese, the Yanti, the Colquit and more. The area fell under Ulethan colonisation, with Ulethans settling on the peninsula. The Ulethans include Ingerish, Castellanese, Kalmish, Eirie Caeltig, and Franquese. Today their descendants comprise the majority of the population, while people of Gobrasi ancestry make up about one-fourth of the national total.

The political centre of Gobrassanya is located in Gobras City, which houses the leaders' residences and various ministries and governmental departments. Gobrassanya is a unitary republic with three branches of governance: executive, legislative and judiciary. The head of government is the Prime Minister while the highest judiciary organ is the Supreme Court.

Gobrassanya is divided into 17 districts:

Gobrassanya is located on the Gobras Peninsula. It is bordering with

Alora to the west. The nation of

Khaiwoon is located offshore just east of the peninsula. The Central Mountains divide the island into a northern and a southern part. Along the coastlines the landscape is rather flat with large plains spreading, whereas the inland is dominated by elevations and rough terrain. Many small islands are situated off the southern coast. The northern coast is characterized by cliffs. Major rivers and streams are Drew River, Potanagree River and Lhatga River, which all rise in the Central Mountains. In fact, the Central Mountains are the source area for 95% of the river water in Gobrassanya. There are three appreciable lakes located in Gobrassanya: Lake Montague, Grand Lake (2330m over zero) and Lak Naupamonish (1930m over zero). 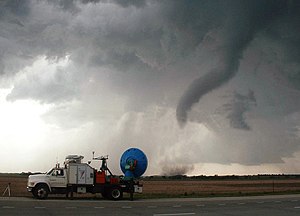 Gobrassanya is located just inside the tropics and experiences what is often described as a subtropical climate. Summers are very warm and humid, with average highs between 30 and 35°C in most areas, though inland valleys can occasionally be subject to heat waves that top 40°C. Winter is much drier and milder, with temperatures ranging between 10° and 20°C at sea level, cooler at high elevations. The coldest temperature, -18.5°C, was recorded at the summit of Peak Majority in 1958.

Gobrassanya's high precipitation results not only from the central mountain range which forces clouds to rise into colder areas of air in which the maximum water capacity is sinking, but also from heavy thunderstorms and tropical cyclones during the summer months that push precipitation values well over 2000mm per year in many areas, particularly in the south and east. Precipitation decreases to the west, where it may be as low as 1500 or even 1000mm.

Powerful tropical cyclones (called hurricanes or typhoons) are a common occurrence from May through September, both in mainland Gobrassanya and in the Lonowai Islands, normally originating in the warm seas to the southeast. North of the mountains, tornadoes are often produced in early and late summer by severe thunderstorms and supercells, especially in the Gobrassian tornado belt, the area with the most severe tornadoes in Gobrassanya.

Gobrassanya's economy is largely based on service and technology sectors, and the country has a large number of financial services companies registered there. There are some significant manufacturing plants, including shipyards and a car factory, but the main physical goods produced in Gobrassanya are computers and other silicon componants.

In 2015 the country exported over 100 million tonnes of consumer goods, and total exports accounted for over 40% of GDP.

The currency of Gobrassanya is the Gobrassian Dara (Ð) (ISO currency code: GDA). The Dara is divided into 100 Senn. Coins minted include 1-, 2-, 5- and 10- Senn coins and quarter-, half-, and 1- Dara coins. Banknotes include a 1-, 2 1/2-, 5-, 10-, 25-, 50-, 100-, and 200- Dara banknotes. Cash prices are expressed in decimals to two places (Ð1.50) Some representatives in the Gobrassian Legislature are considering moving the Dara to an all electronic currency similar to "Bitcoin" or other similar currencies but there has been a lot of vocal opposition to this plan. In addition processing costs for electronic transactions and the inability to conduct private cash transactions. Many Gobrassians place a strong value on personal privacy. The use of electronic transactions is a benefit to the government since it almost completely eradicates tax evasion and fraud issues with the filing of tax returns. Additionally all monetary transactions would be traceable. Some are considering moving to a private (non-government) fiat currency or barter system if this passes.

Gobrassanya is an ethnically diverse country, with around 300 distinct native ethnic groups. The country's official language is Ingerish, adopted to unite the various ethnic groups.

Gobrassanya has an advanced highway transportation system consisting of express roads, national and district highways and unclassified roads. The highest classification of express roads are motorways, known as Autoroutes which are designated with a A prefix in front of the route number. All autoroutes are fully access controlled with no at grade crossings or traffic signals. The secondary expressway system, which are designated with a B prefix, are lower grade expressways with limited access but do allow for at-grade intersections. Class A and B express roads may be tolled routes but most routes are toll free and as a result are often referred to colloquially "freeways" or by their route designation. Some locally operated tollways also exist that are not part of the national highway system, such as the East Capitol Tollway (signed as ETC). Busier highways may also incorporate tolled express lanes or high occupancy vehicle lanes to alleviate congestion in major urban areas. This is primarily see in and around Gobras City. Tolled lanes may also carry congestion based pricing which adjusts the price per kilometer to a higher rate when congestion is high or removes tolling when the road is not congested.

Except for the Gobras City Main Line, all railways in Gobrassanya are managed by the government-owned Gobrassanya National Rail. There are two types of train services in Gobrassanya: gobraHSR (high-speed rail) and Regional Rail. International service is available to destinations in Alora and Khaiwoon.