Difference between revisions of "Collab:Plevia"

This article is about the territory UL08f, and the project's info. For the country of Plevia, see Plevia.

Located in Western Uletha, UL08f is a collaboration project inside OGF, and the only one (excluding privately owned territories) related to real-world Italy. As of September, 2021, the collaboration members are:

Contact Mtejku222 or Izaland if you are interested in participating. To map in Plevia it is essential that you are able to map cities in Italian style (old towns, piazzas, castles and churches) and have a basic knowledge of Italian language. 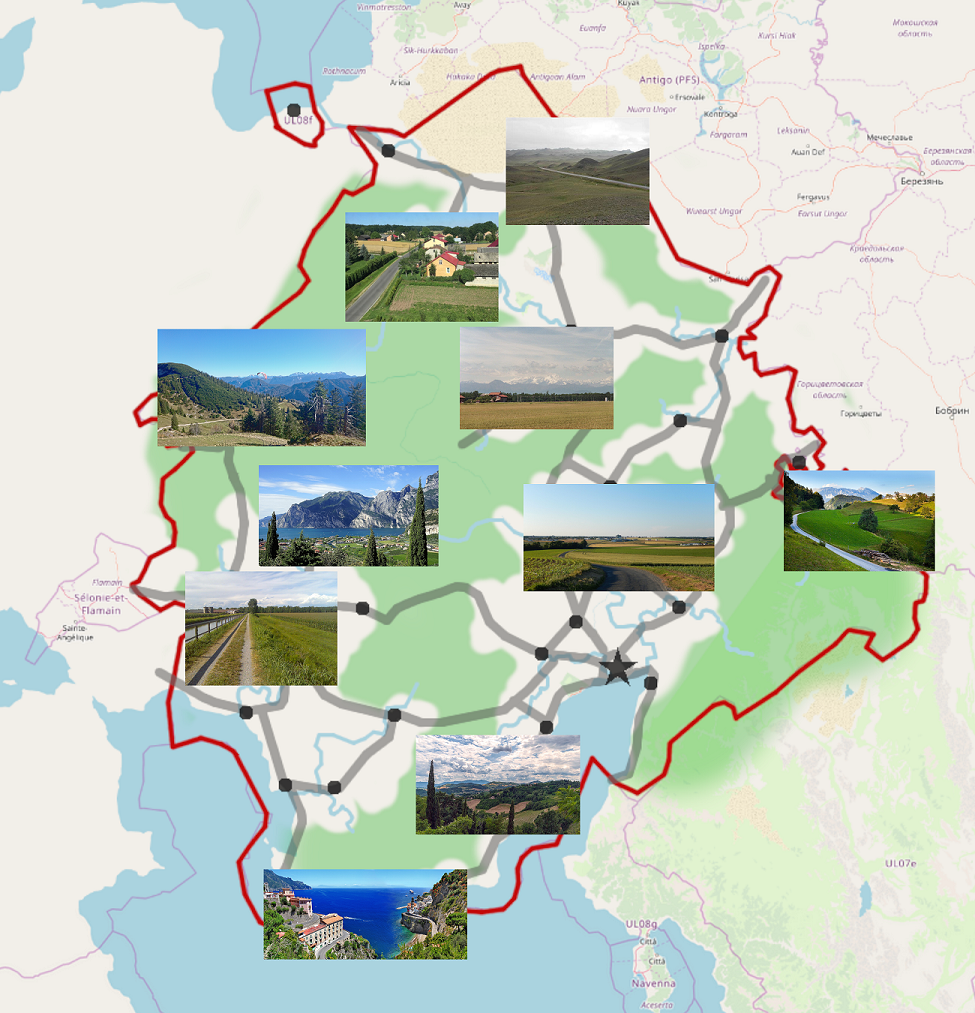 The different environments of Plevia (image).

(from Mtejku222's idea:) Since it's supposed to be OGF:Italy, it's going to be quite similar to it in terms of culture and, to a lesser extent, history. However, it's located significantly further north, with its southernmost point being at the same latitude as central Italy and its northernmost point not far from Leipzig, Germany. For this reason, its climate will be Mediterranean in the south, oceanic in the west, humid subtropical in the east, and continental to arid in the north.

Economically, it will be slightly poorer than Italy, with the south-east and the south-west being generally richer than the north for historical reasons. The territory is larger than Italy and will have a similar population density (192 people/km2 vs. Italy's 201/km2); the population will be around 92 million. The capital city will also be the largest, and will be located in the south-east. It will serve as the cultural and historical centre of the country. It won't be too similar to Rome, but will have been a major hub of the OGF:Latin world in a distant past.

The country will receive strong cultural influences from other nations, especially near the borders: Arabic in the south (kind of like Sicily, and there might be certain places where Maltese is spoken); Venetian in the south-east (given the presence of Navenna); Turkic further to the north; Surian in the east; Antigoan (English/Latin) in the north; and Franquese in the west. There might be a separatist movement near Franqueterre. Of course, the main culture will be Italian-like, just like the language. However, I don't want it to be too similar, so this is as analogous as the country will get to its real world counterpart; most other things I will try to make original.