A view of the borough including the Bridescross Town Hall building. The Dalzell Township Board of Supervisors also have offices there. 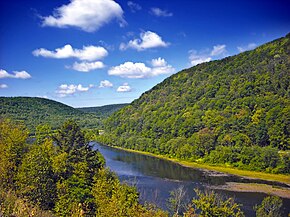 Bridescross is a borough in Delorme County, New Carnaby, Federal States of Archanta. The population was 531 at the 2010 census.

The history of Bridescross dates back several centuries. Before 1740 the settlement was known as Tamomache and was home to the Opalanay tribe of native Archantans. This small tribe was eventually wiped out by the neighbouring Denat tribe and in 1788 around 15 Denat families rebuilt the town naming it Peyabaska.

In the latter half of the 1800s the town became a shipping area for timber on the Roanache River, now the Bluegill River, and a staging post for coal wagons heading to the east coast by rail. In 1877 Bridescross became a borough and took on its current name. The borough held a hiring fair each month until the early 1910s.

Bridescross is located on the western edge of Delorme County. It is on the south bank of the Bluegill River at the confluence with the Clements River. The borough is bordered on all sides by Dalzell Township. According to the F.S. Census Bureau, the borough has a total area of 0.24 square miles (0.62 km²).

McPhail & Banat Paper Company is a large local employer and has a manufacturing plant on the outskirts of the town. It was opened in 1903 to take advantage of timber resources floated down the Bluegill River from the surrounding districts. Other large employers include the Nesbitt Group, a haulage and warehousing company and Milkwood Energy Systems, a subsiduary of Bakken Gas Global, a hydrocarbon extraction company with operations throughout Delorme County.

Bridescross has been swept by several Revivalist movements during the last 150 years but there are currently only 4 churches that hold regular meeting in the borough, down from 9 in the 1930s and 40s.

The borough is part of the Lynastown Area School Board. There are two schools enrolling children between kindergarten and 8th grade. Older children attend school in Lynastown. 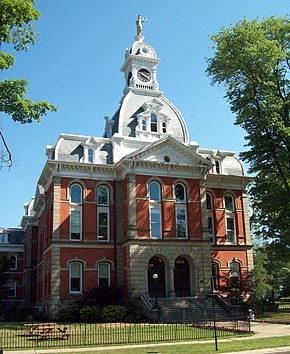 Delorme County is a rural county located in the F.S. state of New Carnaby. As of the 2010 census, the population was 94,528. The county seat is Endeavor. The county was formed in the 1800s and named in honor of Maxime T DeLorme, a soldier and diplomat who lead one of the first expeditions to chart the region.

Delorme County was established in 1810 with land taken from surrounding counties and was formerly organised in 1823.

Endeavor developed in the mid-1800s along an important transport route from central to northern New Carnaby and gave it's name to the Endeavor Railroad that carried coal and lumber to the eastern Federal States. It became the official county seat in 1882, replacing Ristellburg.

Among its famous residents include Dr Emil Johan Koski, a natural scientist and theologian who fled religious persecution to settle in Ristellburg in 1805.

According to the F.S. Census Bureau, the county has a total area of 1583.48 square miles (4101.20 km²). Notable physical features include the Clements River and the Millamish River. 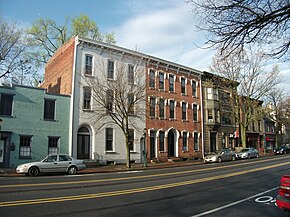