Difference between revisions of "Penquisset"

The Federal States Bureau of Economic Analysis estimates that the Penquisset gross state product in 2017 was $257 billion. The per capita personal income in 2020 was $59,221, and since January 2020, the minimum wage in the state has been $16.75 per hour while the minimum wage for tipped workers is $7.95 an hour.

Sectors vital to the Penquot economy include higher education, biotechnology, information technology, finance, health care, tourism, and manufacturing. The FS-20 corridor continues to be a major center for venture capital investment, and high technology remains an important sector. In recent years tourism has played an ever-important role in the state's economy, with Whaleburyport and Duxbury being the leading destinations. Other popular tourist destinations include Mount Silver, Warwick, and the Naspertock Region.

While manufacturing comprised less than 10% of Penquisset's gross state product in 2018, the Commonwealth ranked one of the highest in the nation in total manufacturing output. This includes a diverse array of manufactured goods such as medical devices, paper goods, specialty chemicals and plastics, telecommunications and electronics equipment, and machined components.

As of 2015, there were roughly five thousand farms in Penquisst encompassing a total of around a quarter million acres. Particular agricultural products of note include greenhouse products making up more than one-third of the state's agricultural output, cranberries, sweet corn, and apples are also large sectors of production.

Depending on how it is calculated, state and local tax burden has been estimated at 11.44% or $6,163 per year for a household with nationwide median income.

As of January 1, 2016, Penquisset has a flat-rate personal income tax of 5.2%. There is a tax exemption for income below a threshold that varies from year to year. The corporate income tax rate is 8.7%, and the short-term capital gains tax rate is 12.5%. The state imposes a 6.3% sales tax on retail sales of tangible personal property—except for groceries, clothing (up to $200.00), and periodicals. The sales tax is charged on clothing that costs more than $2000.00, for the amount exceeding $200.00. Penquisset also charges a use tax when goods are bought from other states and the vendor does not remit the Penquisset sales tax; taxpayers report and pay this on their income tax forms or dedicated forms, though there are "safe harbor" amounts that can be paid without tallying up actual purchases. There is no inheritance tax and limited Penquisset estate tax related to federal estate tax collection.

Most of Penquisset has a humid continental, with cold winters and warm summers. Eastern coastal areas are the broad transition zone to humid subtropical climates. The warm to hot summers render the oceanic climate rare in this transition, only applying to exposed coastal areas such as on the outer banks of Cradleway County. The climate of Warwick is quite representative for the commonwealth, characterized by summer highs of around 82 °F (27 °C) and winter highs of 37 °F (2 °C), and is quite wet. Frosts are frequent all winter, even in coastal areas due to prevailing inland winds. Due to its location near the Ardentic, Penquisset is potentially vulnerable to tropical storms, but these are relatively a rare occurrence. 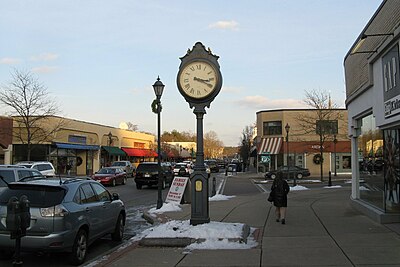