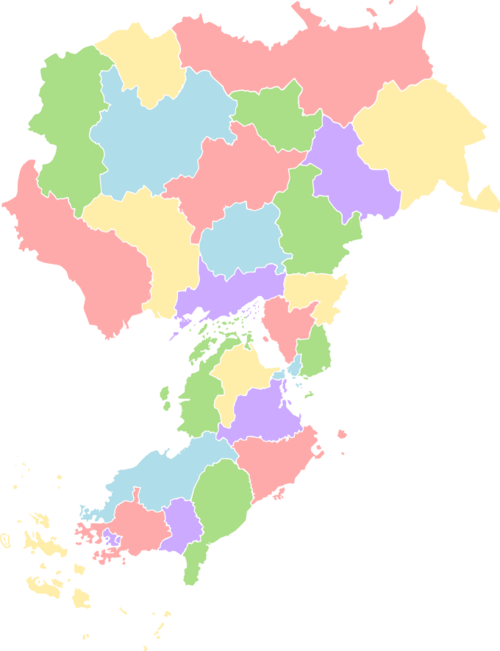 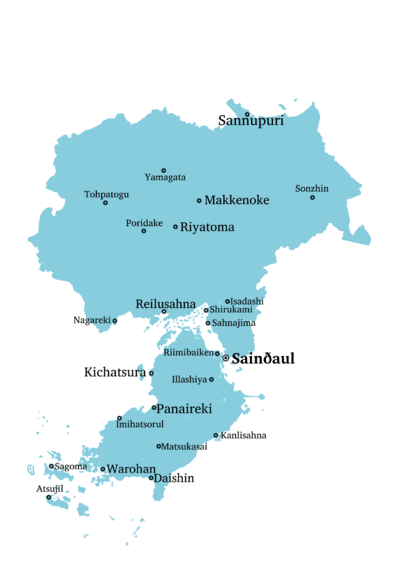 With a population of more than 117 millions of inhabitants, Izaland is a heavily densely populated country (about 385 people per sq km), especially considering that vast inner areas of Kubori island and the north-east are not interested by an intensive urban development. The 92,1 of the population belongs to the Izaki ethnicity, with the remaining 7,9% being immigrants, mostly from Pasundan-Padjadjaran, Wiwaxia and Commonia's countries, and other expats from other countries in Uletha (Belphenia, Kojo, Saikyel). The population of Izaland is largely urban, as the major economic centers since the beginning of industrialization have attracted a large part of the young population from rural areas.

It is difficult to trace a genetic profile of the Izanish race, as since the dawn of time there has been a profound mixture of different ethnic groups, both Uletian and Arcanthic. Physiognomically, Izanish people's face appears to be of an oriental type, with dark hair, black almond-shaped eyes and a slightly pronounced nose. However, there is no lack of genotypes belonging to more Western races, such as lighter colored eyes (ocher, olive green and, very rarely, blue) and hair tending to brown.

A characteristic of the territorial development of Izaki urban centers lies in the fact that, compared to other nations, there are few small isolated villages, while the number of large and medium-sized cities is greater. This is due not only to a greater ease in the distribution of goods, but also to the ancient philosophy of "jiyenchohwashisān" (自然調和思想), or "thought of harmony with nature", drawn up from the 5th century BC by the Taemasa dynasty.

This method of land planning was based on both scientific and astrological criteria, and the positioning of towns and villages was well defined. As the Taemasa dynasty aggregated, through conquests, new territories that had independently developed their regional urban planning, it came, in certain cases, to relocate entire villages, if they did not respect the precepts of the "jiyenchohwashisān".

Although urban planning is still based on modern criteria, the ministry of the environment keeps a careful eye in order to avoid land consumption in the territory.

Other towns of some importance are, in no particular order: Atsujīl, Sagoma, Kanlisahna, Muanake, Jinneisoke, Nagareki and Poridake. The list of the main metropolitan areas (consideres as "community of commuters to the central city") follows. 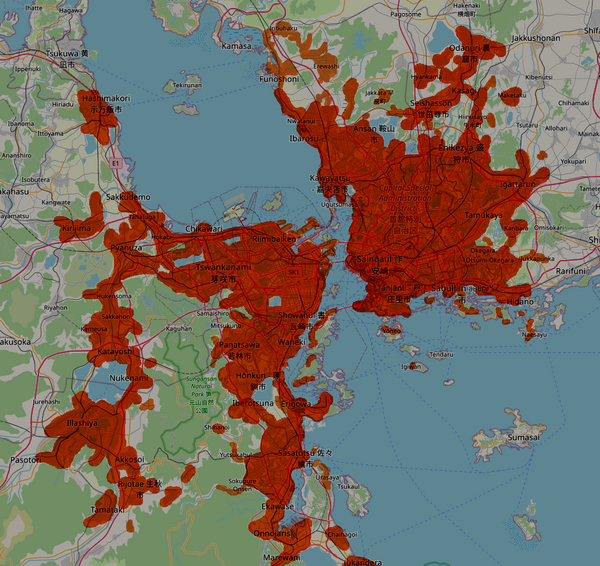 The Greater Sainðaul, includes the whole Capital Special Administration District (CSAD), as well as a number of cities and towns located in the neighboring prefectures (Tōkai, Karuhama, Komokata and Otsumirunka). The special cities and towns included in the special district are:

List of the cities and towns of the Greater Sainðaul metropolitan area (work in progress):

About 98,3 million people in Izaland (or 84.0 % of the population) use the Internet. The country has one of the world's fastest average internet connection speed (23,5 Mbps as of 2016), and Gigabit class connections are available in the major cities. Mobile lines 5G availability covers all the prefecture capitals (except for Fudoasamo, in Usmashaki Prefecture), and the 13,5 % of the country as of 2022. [[