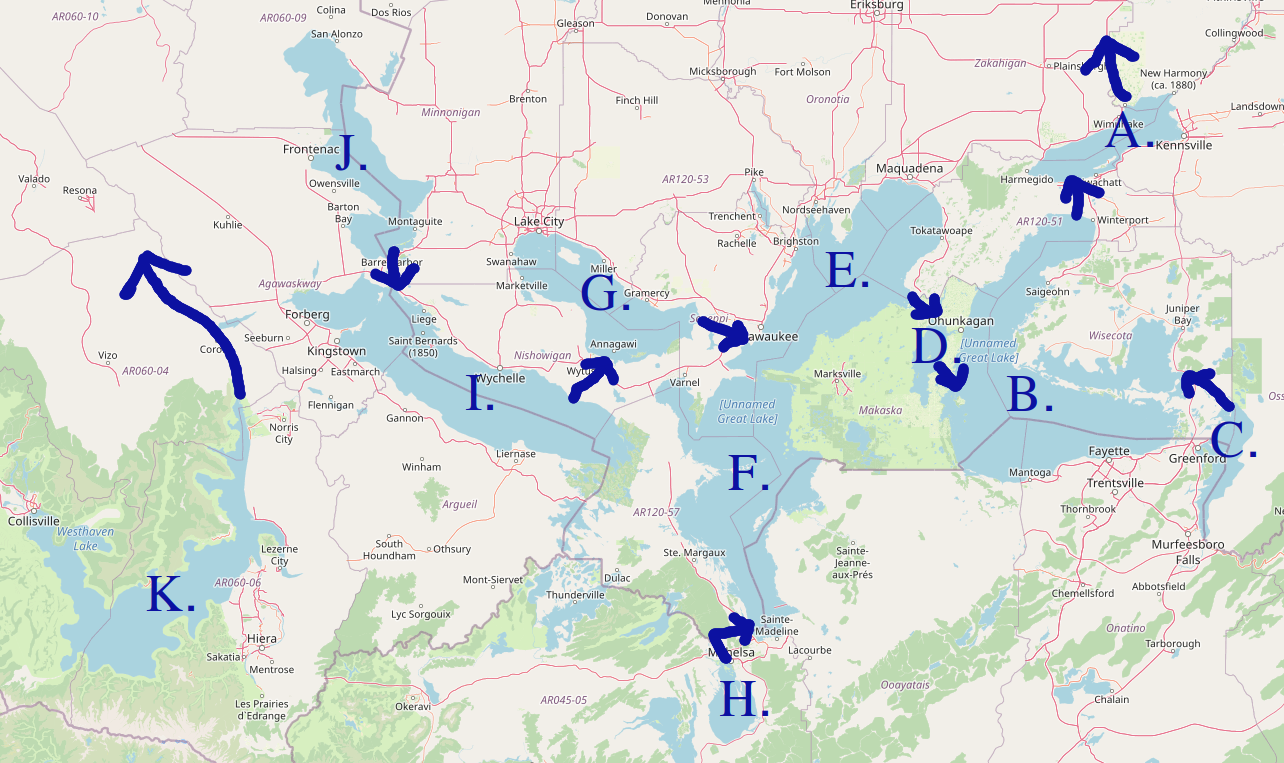 What about "Minnehunkou" then? I think it looks better and is more suggestive of some Franquese influence during transliteration. Also, re: Lake E/F being one lake or two, without getting too deep in the weeds I think it'd depend on how the initial "discovery" expeditions ended up occurring. As you know, Lakes Michigan and Huron are hydrologically a single lake, but the explorers didn't figure that out when they first encountered them. Maybe that'd justify "Lake Seneppi" in the north, named by the same Ingerish explorers that named "Lake Leighton" while the south was "Lake Minnehunkou", first discovered by the Franquese coming up from the south. --TheMayor (talk) 17:43, 7 August 2022 (UTC)

Totally works for me. Thanks for the explanation, Luciano. I didn't know enough about the phonology to realize this. I'm okay with both of Mayor's suggestions. Minnehunkou is a cool spelling of it, and it looks much more of French origins than the -oo ending of English. — Alessa (talk) 19:31, 7 August 2022 (UTC)