The Province of Agawaskway is a closed collaborative territory in eastern Deodeca. It is inspired by the Golden Horseshoe region, and surrounding areas of Ontario, Canada. It will feature an urban, Toronto-like metropolis along with other, smaller cities, and mostly rural regions beyond that. On its eastern shore lie the Federal States (specifically, the state of Minnonigan), and the Grand Lakes Amanecer and Betaouais. Lake Betaouais is similar in size and shape to Lake Ontario. 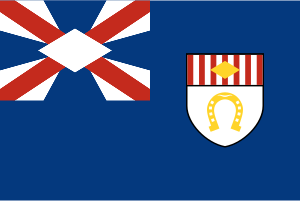 Agawaskway has a population of eight to nine million (8 000 000 - 9 000 000), the majority of whom live in the largest and capital city of Kingstown, and its extended urban area, including the cities of Hatticany and New Winburgh.

The first map shows the administrative divisions and major population centres of Agawaskway. The province is divided into a collection of Counties and County-level Cities, somewhat following the dual-tier system in southern Ontario. While project participants will not be bound to a single county, users should not interfere with others' work, whether they be other contributors, or stateowners in the neighbouring areas of Deodeca or the Federal States. Most of the names on this map are subject to change and adjustment, to contributors' preferences.

The second map outlines the major transportation corridors of the province. With a few exceptions, there should be no additions nor subtractions to the highways on this map (railways can be added as needed). Adjustments to the routing and edits to add detail to the highways are permitted and encouraged.

The third map shows a general guideline for major grid systems in the region. Unlike regions of the Federal States, land was allocated so as to follow the coastlines of major lakes and rivers. The map is a guideline, not a rule, and conflicts between grid systems should not be a problem. Particularly in the northwest of the province, this area should serve as a model.

Please do not create any new settlements with populations of over 100 000 people.

Kingstown and the surrounding regions are modelled after the urban areas of the Greater Toronto and Hamilton Area. The total metropolitan population of the city is in excess of 6.25 million people.

Being such a large metropolis, more advanced coordination of mapping efforts will be needed, to prevent conflicts, both between mappers, and on the map itself. More information on how Kingstown will be organised is coming soon. Collaboration will likely be modelled after the system in Gobras City, Gobrassanya.

Frontenac is the second-largest city in the province. While it will not see the level of coordination as Kingstown, conflicts may still arise. Be wary of such conflicts, and try to work it out with the neighbouring contributors. If conflicts still cannot be resolved, you may contact the coordinator (information below).

Other cities may be mapped as per contributors' wishes, following the population listed in the Administrative divisions map.

Anyone with an interest in the region is welcome to join the project. Though you are not bound to any single area, you may request to focus your efforts on, and reserve a single county (or part of a county), allowing you mostly free rein within it, given certain population bounds and not deleting major highways and railways. Any counties "reserved" in this way will be noted on a list below. Other contributors should not edit within these reserved areas.

Any questions, comments, pieces of advice, or requests to join this project can be directed to User:Varnel maiser via OGF message.