Malësoria, (OGF ID: UL17g), is a country in the southern part of Uletha. It is characterized with diverse ethnicities and cultures, various types of geographical features, and an unique mapping style.

It is an open community collaborative project, meaning you can join at any time if you meet the following requirements for joining, set by the coordinator:

The owner of the territory and the project coordinator is User:Bixelkoven. If you are interested to join the project, feel free to contact the coordinator here. By joining the project you agree to be active and consistent, whether is it small additions to the map or larger uploads. The coordinator has every right to remove you from the project team, if you enter a period of inactivity, and don't make a changeset within 4 months. After being removed from the team, your edits would be counted as invalid and other members have the right to delete or modify your mapping without your permission.

For territory owners which border Malësoria, they are free to edit 5 km (3 mi) from the border line into Malësoria, if you are not a member of the project.

*Users in italic are users which formerly edited in the territory and/or didn't create a changeset within the territory in less than 2 months, but are still part of the team.

**Users in italic and struck-thru are former members which didn't create an edit in under 4 months, a.k.a. the minimal length before being removed from the team.

Click this link to be taken to the map. 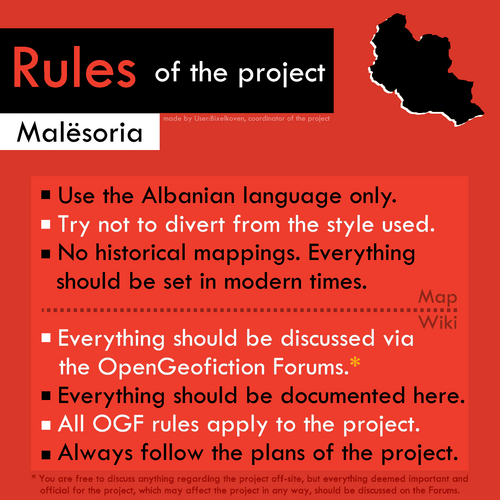 What can you map, and what not 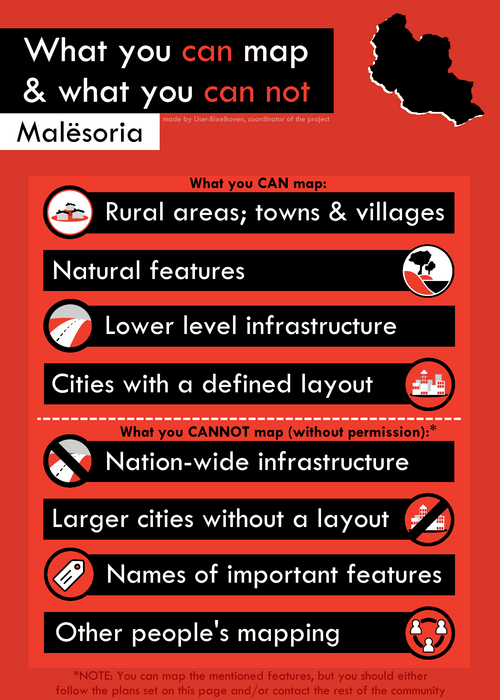 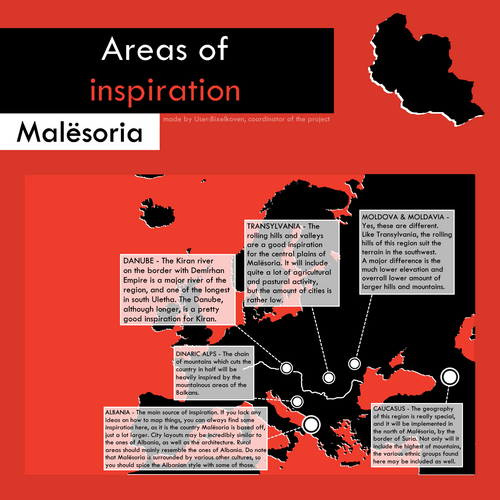 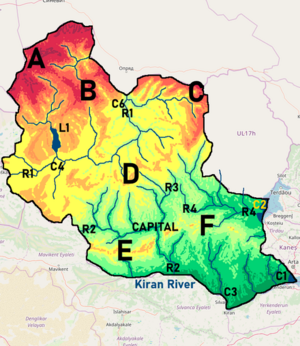 Features that are named by the community so far, or still are unnamed.