The celebrations begin in Holme well before midnight on December 31st. On this day 294 years ago, Cambria broke from Ingerland and joined St Austell in a new adventure, free to sail the tides of time in search of its destiny. As we come to the end of the 2010s, Cambria, and indeed the rest of Vodeo, are coming along quite nicely. Today marks Vodeo's third anniversary on OpenGeofiction, so pass around the drinks and let's get the party of the decade started before the local council moves us on for being in violation of the liquor laws.

Or: "The World in the Fourteenth Year of the Vodean Era, With a Particular Focus on the Nation of the Same Name"

I'll be honest from the outset, I didn't achieve anywhere near what I'd hoped to this year. The twists and turns of life did their thing and left me with not enough time to map as much as I like. Indeed, much of this year was spent tidying up existing centres. Saviso, Brynderwyn, and Crafers all had a very good 2019, and let's not forget the star of the show this year, Gerrise, which was the focus of January's City Sprint. I'm hoping to map more of the interior and develop Transistor Valley further in 2020, with Main Corporation, Marathon Semiconductor, and Colour leading the charge. Still, the Isle of Scona came out of 2019 looking pretty nice, don't you think?

Saviso's year was spent tearing out wonky old suburbs that didn't adhere to the philosophy and principles of Nice Angles, and their replacements with ones that do. Aslington was straightened out and formed the starting point for the (relatively) rapid expansion of the inner suburbs west of the city centre, while Rhodestown, Ladnier, Hadseltlie, and nearby suburbs all underwent a little expansion. Saviso leaves 2019 a far tidier city than it was at the start of the year, and in the coming year I hope to continue this work. 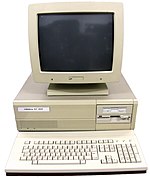 We now take to a conveniently-moored paddle steamer in search of river cities. It's not long before we steam into Crafers, one of my favourite places in Vodeo. Crafers has had a very good year, one which saw virtually the entire city wiped clean and built anew, and I think it's all the better for it. Rather than haphazard streets plonked down just anywhere, the city now has streets placed at distances carefully measured with telescopes, a length of chain, and a crate of pineapples (don't ask, it's a secret). The roading network looks a lot more realistic now, with roads coming in from all directions to show that Crafers is something of a regional centre, and the principal city along the Holme to Endorie highway. The Corm River has been smoothed out and had some of its terrible bends removed, and now looks smartly-dressed enough to take home to meet the parents. Next year I hope to rebuild the motorways that would normally swing around the city en route to far-away places, and this will tie in with the mapping of Longlac which I intend to make progress with in 2020.

Brynderwyn came out looking better than I had planned this year

As the paddle steamer sails down the Colonial Coast, we find ourselves boarded by pirates and made to walk the plank. Ah yes, the typical warm welcome that Brynderwyn affords to the tourists who come to visit every year! Brynderwyn underwent a complete transformation this year, moving from a poorly-planned city stuck on a river to an old city that wears its history on its sleeve. The re-mapping of Brynderwyn allowed me to re-think the northernmost part of the River Rabe, and also dive deeper into Vodeo's early history. Why did Ingerland take the colony of New Cambria? How did a monarchy come to pass here? Why did Equatorial Tarephia consolidate, and when? This year, I came to understand what makes my Vodean project tick a little better, and I can tell you it's much more interesting now than when Vodeo was a bland British colony in the days before OGF.

Of course, Curious Vodeo returned this year. In October, we met the evil Mrs Parker of Steadtown, got lost in the mountains of Vadiorare, visited the site of a great tragedy, took a trip down the road less-travelled, and saw more than we expected in Saviso. While I certainly intend for Curious Vodeo to return in 2020, as I mentioned in the Saviso entry, I may trim it back given how much work and time they required. Still, that's next year's problem.

The rest of this year's mapping was focused more on smaller projects, like developing the Rabe-Tarrack basin (even if the two parts of the Rabe still aren't joined up yet), building and improving small towns, and working behind the scenes on things like Vodeo's economy and the Ingerish Commonwealth (which is looking very nice thanks to Turnsole80's hard work). It might not be as grand as mapping huge swathes of countryside in one go, but you can't rush things in the tropics.

Now, let us examine my goals for 2019 and see what progress I made:

Rather disappointing, really. Time to make a new set of goals for the coming year so we can all be disappointed again on December 31, 2020.

I'm honestly very surprised that I've stuck this out for three years. While I've not mapped as much as I thought I would have, I'd like to think that what I have mapped does Vodeo proud. Way back in Vodeo's earliest days, I'd never have dreamed that it would still be around long enough to see in the year 2020. It's just too much fun to let go, I suppose. But enough reminiscing, we have a new decade to see in. Happy new year, and I'll see you back here in the bold new '20s! (Flapper dresses and doing the Charleston are optional, but recommended)

Please affix your signature and timestamp. I make no apologies for the blatantly bad pun in the title.

You can never have too many hipsters. I imagine the life of a Vodean hipster would be one of constant suffering. Think of them all sweating in the sweltering equatorial summer sun in their flannel and skinny jeans, with only ice lattes and a future session at the tattoo parlour to sustain them! Maybe we should do package deals so they can travel to New Ingerland by ethical palm-oil free reconditioned container ships, so as to reduce their CO2 emissions? (Ed. This actually sounds pretty good, maybe we should make it a thing?) --Turnsole80 (talk) 14:04, 31 December 2019 (CET)