In real world, my name is Bruno. I am from Rio de Janeiro (born in the capital city in 1985, but living in northeastern inner state since 1995), Brasil.

Currently, my territories as private projects are:

Currently, my territories in collaborative projects are:

Aħmara is an historic fortress town in a coastal rocky cliffs area. Initially, it would be 15k inhabitants, but got 30k, and as I am still editing, I think a reallistic number now is (maximum) 80k hehehe - at least, the city has no place to keep spreading its streets anymore hehehe.

Current Activities I am proud of 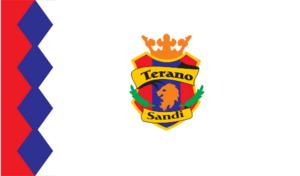 Nascilia-NS is a plevian region, but previously, during some historical period, was under navennese control. Today, still there is navennese influence in the area, like its language being largely spoken in southern Nascilia. In Terano e Sandi, navennese also is spoken, more in southern areas (around Terano), than northern ones (around Sandi) - these, closer to Chiaramonte and Osmanopoli.

The province is famous because its touristic beaches, but also is nationally important because its vineyards and wheat fields.

The province is divided in 5 comunes (comuni), and also 28 cities/towns (città)

There are important ports in Sandi Marina and in Terano. Also, there are ferries from Casaltaro to Isola d'Uzzama, and from Torre Mirana to Isola Nabiana.

Casaltaro is a city and seat of comune, with 7.899 inhabitants. TBD

Collefermo, including Bassano and Edera, is a small town in Casaltaro comune, with 2.633 inhabitants. Basically, it is a popular touristic destination for the rich and famous. A beach between rocky cliffs, and a commercial pedestrian street are the main points of interest in the locality. The navennese language is spoken only by the older people here.

(BMSOUZA's Note) As said, my intention is to create here my masterpiece of micro-mapping, hehehe. I consider the main core of the town is 99% mapped and detailed - always will appear something to do yet - but I still need to create the buildings in the residencial areas. Maybe, currently the town project is 90% finished.

Sandi is a city, seat of comune, and most populous city in the province, with 180.872 inhabitants, even not been its capital. TBD

Terano is a city, seat of comune and capital of the province, with 120.422 inhabitants. TBD

Isola Nabiana is an island close to Torre Mirana, and its main town is Santa Sofia, with 4.501 inhabitants (3.963 in the city and 538 among 9 localities around the island). There is a strong navennese presence in the island (TBD)

List of sport grounds in Terano e Sandi province, and its places in national levels.

No. There will be not any racing course in the province, as I see one very well mapped in Laghesi, around 100/ 120km by car from Sandi, relatively close to.