Pasanaw, officially the 'Constitutional Republic of Pasanaw' (Daschau: Redezener te Pasanaw), is a sovereign nation located in central Uletha. Pasanaw is officially a democratic, secular, unitary, constitutional republic with a diverse cultural heritage.[1] Pasanaw shares borders with Escadia, UL079, Labourgesse, Midistland, and Suria, and also adjoins a large part of the Kaspen Sea with a further, small extension into the Iviran Sea. The terrain of Pasanaw includes flatlands, steppe, taiga, rock canyons, hills, deltas, and snow-capped mountains. Pasanaw has an estimated 35.5 million people (as of 2018).[2] Given its large land area, its population density is low, at less than 35 people per square kilometre (90.9 people per sq mi). The capital is Sletsky, which is also the country's largest city.

The territory of Pasanaw has historically been inhabited by groups included the nomadic groups and empires. Since antiquity, the nomadic Scythians have inhabited the land and the Dhaenaten Empire expanded within the southern territory of the modern country. In the 15th century, the territory joined the Dolovan Empire under Narul Sadjaradda. By the 16th century, the Pasanians emerged as a distinct group, divided into four Hol (branches occupying specific territories). Ingerish colonisation began in the 17th century under Vice Admiral Henry Waldron as Ingerland looked to pursue trade avenues into the Scythe of Uletha. Following the 1857 Joinville riots, and subsequent civil war, the Ingerish colony of Pasanaw reorganised, leaving the northern states of Joinville and Atash to form the Autonomous Atash Region (1857-1910). In 1910, following more civil war, full independence was granted to Pasanaw, largely due to the economic recession in 1909. In 1920, it was made the Low Water Socialist Republic, and, following 1985 riots known collectively as the White Gold Riots, re-constitutionalised into the current Federal Republic of Pasanaw in 1986.

Aleksander Pinsova, the current President of Pasanaw, has been characterized as an authoritarian, and his government has been accused of numerous human rights violations, including suppression of dissent and censorship of the media. [3] Pasanaw has worked to develop its economy, especially its dominant hydrocarbon and agriculture industries.[4] The Steinberg Foundation states that "Pasanaw restricts freedom of speech and religion",[5] and other human rights organisations regularly describe Pasanaw's human rights situation as poor.

Pasanaw's 89 ethnicities include Pasanians (84% of the population), Surians, Escadians, Argilundians among others.[6] Ingerish is the state language, and Daschau has official status for some local levels of administrative and institutional purposes in the north of Pasanaw.[7] Pasanaw is a member of the Assembly of Nations. 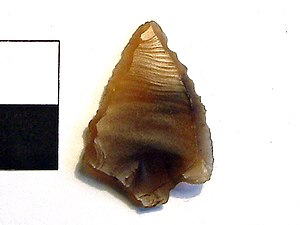 Human inhabitation in Pasanaw dates back to at least 20,000 BCE, with the discovery of rudimentary flint weapons and human remains within caves in northern Sineria, near the town of Polonne.[8] Such remains can be seen on display in the National Museum of Pasanaw in Sletsky and indicate migration to Pasanaw from the Scythe of Uletha.[9] Scythians have non-continuously inhabited the Samovak area since 8000 BCE, with evidence of settlement in Sletsky and along the Tanhowak River throughout the time period. The oldest surviving constructions are burial mounds dating from the first millennium BCE, which can be located along the Samovak coastline.[10] Further indication of pre-historic habitation can be found on the Iviran coastline where stone monuments can be found on hilltops along the coast, arguably the most famous of which is the Karov Stone Circle. Evidence of rudimentary pictorial linguistics have also been found within caves along the Iviran Coast, the earliest known use of written communication in Pasanaw.[11]

Beginning around 450 BCE, the Dhaenaten Empire is a loose referral to a collection of tribal nations commanded in total by a semi-mythical figure known as Dhaenaten. Supposedly a famous warrior, Dhaenaten controlled what is believed to be land stretching from the Iviran Coast to the Resolva River, around 670km inland.[12] After his death in 421 BCE from old age, the empire passed to his four sons, Naelun, Rulova, Sataestova, and Pomosirra. Fighting between the brothers led to the collapse of the Empire in 580BCE.[13]. Much of what is known about the Dhaenaten Empire comes from the practise of burying elders underground in stone tombs with sacred texts engraved inside. Some 272 tombs have been excavated across the region, found mostly during the 1850s as the push for mechanisation by Ingerish colonists led to agricultural workers unearthing the tombs.

Following the fall of the Dhaenaten Empire, little is known about the nomadic Scythians who inhabited modern-day Pasanaw, although it is believed tribes moved further to the south, where hunting was easier on the Mokon steppe.[14] No written language exists from these tribes, however analysis of archaeological findings prove the tribes lived a nomadic lifestyle, with multiple central villages throughout the region.[15] Most of Northern Pasanaw remained uninhabited due to the complex geography, with the exception of the Joinville trade corridor, which passed through modern-day Joinville into neighbouring Labourgesse. There is also evidence for isolated settlements throughout Atash-Dol and Atash-Pes; the city of Rostov is, acording to legend, built upon the ruins of a settlement known only as "Kahvola".[16]

Some oral traditions of the period remain in rural communities in Pasanaw, notably the folklore of the Mokon Belorsk. For more on the traditions of the Belorsk, see Tradition in Pasanaw. The nomadic tribe remains some of the only inhabitants in the steppe region; throughout the Dark Ages it is estimated roughly 70 Dakhnas, or communities, hunted around Mokon. 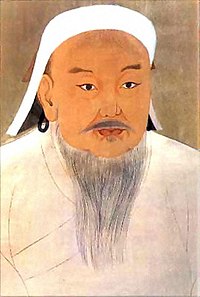 In 1356, Narul Sadjaradda, son of Narul Sadjahava, was crowned Dolovan of a confederation of 15 united Mokon tribes; at the time, over 80 known tribes had partial control within the region. Under the Dolovan, the confederation began expanding north-wards, decimating most of the other tribes who did not follow the Empire's code.[17] By 1358, the Dolovan Empire controlled all of modern day Mokon, and began to travel northwards into the Tolon region. Following the death of the First Dolovan in 1361, control the Empire passed to his eldest brother, Narul Sadjunnov. The Second Dolovan expanded the territory of the Dolovan Empire to what constitutes modern day Pasanaw, and, by 1379, a significant proportion of modern-day Suria.[18]

It is estimated that, through the Dolovan conquest, over 300,000 people were killed in Pasanaw throuhgout the 1350s and 1360s. Most of the killed were soldiers of other tribes residing in Pasanaw, and the children of the tribes such that, according to Dolovan Doctrine, the "enemy could not reap the soil twice".[19] This led to a significant decline in the number of available hunters, and constituted to the Great Famine of 1381, in which much of northern Pasanaw was hit by drought, and the lack of food meant over 250,000 further people are estimated to have died.[20]

The complete collapse of the Dolovan Empire occurred in 1548 after the Eighth Holy Dolovan ceded all land in Pasanaw to the militarily superior Atash State in return for the safe inhabitation of the Lowe region of Pasanaw, by the Iviran Sea. In 1563, the Dolovan was assassinated by his military general Caspin Veresic, who, with the support of the military, overthrew the ruling Dolovan aristocracy and claimed Lowe as an independent state.