Because Inxigne and Meilan fall under Tigeria's sphere of influence, Tigeria exerts significant power over the developments of the western Strait of Lyc.

The Tigerines are thought to have migrated from the north across the Great Helion Desert. They settled in the Taichre Valley near what is today Linshanford. Gradually, they expanded their trade empire south along the river as far as Taichre Bay. As empire thrived, the Taichre Valley became the preferred trade route for goods moving between the coast and the interior highlands of southwestern Tarephia. 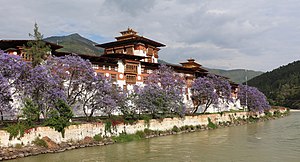 Due to massive administrative costs from natural disasters (earthquakes and floods) and due to mass demonstrations against the Rivagien government, the Pays-Rivageois voted to split from Tigeria in 1784. In the late spring of 1784, the states of Tigeria held a series of referendums to determine their futures. Six of the seven states voted to unite as the Republic of Tigeria. The seventh, the state of Félicité, voted for independence and split into the Republics of Félicité-Aquiline and Félicité-Francès due to disagreements over governance of the Windsferry Archipelago.

From the 1790s to the 1810s, Tigeria sought to identify its place on the international stage. Under the presidencies of Richard Arbremagne, Armande Le Charpentier, and Silas Wainwright, Tigeria worked to define the freedoms of its citizens and its foreigners at home and abroad. In 1818, Tigeria adopted a foreign policy of neutrality under the administration of Nathaniel Rye. During the 1830s, president Laurel Aristide advocated for the rights of Black Tigerines abroad, especially in Broceliande.

When the Federal States occupied Felicity-Aquiline in 1874, the republic of Félicité-Francès sought to establish greater ties to Tigeria in return for stronger defenses from the mainland. Both nations encouraged migration to the other, and several ferries ran between the two republics.

The division of Félicité between Tigeria and the Federal States marked the beginning of le Malentendu--a political conflict in the Windsferry Archipelago over the future of the islands.

During the 1930s and 1940s, the Great War raged. The presidencies of Samuel Rye, Zachary Kensington, Claude Millier, and Anton Lam strove to maintain Tigeria's neutrality during this time. The Federal States began making arrangements to transfer its territory of Felicity-Aquiline to Tigeria as the Great War came to a close. After the Great War, the Assembly of Nations conferred a mandate over Tarephian Meilan to Tigeria. The National Assembly of Tigeria also reorganized the governorates of Félicité-Francès and Felicity-Aquiline into the unified governorate of Cinq Îles in the early 1950s. Inxigne also entered into free association with Tigeria during this time in return for Tigeria's naval defenses at Inxigne's request.

In 2000, Tigeria proposed to Inxigne and Meilan the "Three Nations, One System" policy in response to demands for increased investments in Inxigne and Meilan. Among the political reforms included two seats added to the Council Deliberative--one each for Inxigne and Meilan--to provide them a voice in the Old Imperial Assembly.

The Constitution of Tigeria entered into force in 1789 and is considered unusually advanced for its time. The constitution consists of thirty-six (36) articles. The first twenty-five articles address the rights of the individual:

There are no Articles XXVI-XCIX (26-99). Beginning at Article C (100), the next eleven articles address the powers of the state:

The Constitution of Tigeria defines the political system; Tigeria is a unitary presidential constitutional republic with a multi-party system. Citizens may run and vote in municipal, parliamentary, and national elections.

The President of the Tigerine Republic is the head of state. Unusual among nations, Tigeria's president is elected for a term of four years and six months and may serve up to two terms.

Political parties are required to be officially documented on the Registrar of Political Parties by order of registration.

Tigeria has relations with several countries.

The main river systems are the Taichre River and the Eustathes River. The Taichre River is a major river of southwest Tarephia, running 730 miles / 1,175 km from its source in Teotiyolcan. The shorter Eustathes runs 225 miles / 360 km from the mountains of Allendea. Both rivers run south toward Taichre Bay. The Eustathes River is the older of the two river systems, cutting through the Tigerine Mountains twice - once near the confluence with the Allende River, and once again in the Eustathes Gorge.

Tigeria has a tropical wet and dry climate and a summer monsoon season.

Tigeria exports processed goods and raw materials to other nations.

Tigeria's electric grid operates on 110V, 60Hz. This is a consequence of contracting with Estatier electrical engineers to design and construct the grid during the early 1900s.

The abundance of technology firms in Cinq Îles governorate has given the region the name Silicon Isles. From computer mainframes and data centers to cybersecurity and network infrastructure, the Silicon Isles often collaborates with the Transistor Valley in Vodeo and the Valle de Niquel in Freedemia.

Speakers of Imperial Babelic, the sole surviving member of the western branch of the Babelic language, are concentrated primarily in the governorate of Sai'An, especially in the floodplains between the Jacond and Hebrais Rivers.

Tigerine cuisine reflects its fusion of many cultures. The combination of Franquese and Meilanese cuisines over several centuries has led to the innovation of culinary foods unique to Tigeria, including Tigeria's signature dish, pain mei and signature drinks, thé teyré and thé aux perles. Tigerine cuisine is popular throughout the Rivages as well as other parts of the world where significant Franquese and Meilanese communities exist. Popular restaurant chains include tea shops such as the Iron Dragon. Because of its association with kawaii culture, thé aux perles (i.e., boba, bubble tea) is especially popular in Bai-influenced regions and regions with significant Bai diasporas.

The health of the environment is a significant issue that Tigerines care about. Many of the waters of Tigeria are protected by law, and the government works with the De Kotel Society to study other cultures' sustainability pratices and educate Tigerines on new innovations in urban planning and sustainable habits.

Tigers are the state animal of Tigeria, and they are given certain protections by national law to help the tiger population grow. Tigeria uses white tigers to practice "tiger diplomacy" where white tigers are given as diplomatic gifts to other countries.