West Massodeya is a collaborative state project in the heartland of the Federal States. The project is coordinated by Alessa and inspired in large part by Midwestern states like Indiana, Iowa, Kansas, Missouri, and Ohio. Its climate is similar, however, to Arkansas and western portions of Kentucky and Tennessee. All mapping is to be done in English, but toponyms should have influences from French, Plains and Central Algonquian (Algic) languages, and Siouan languages. Other toponymy from Caddoan or Kiowan languages may be included in northwestern portions of the state.

This page provides the supporting documentation for collaboration in West Massodeya.

West Massodeya is open for anyone wishing to take part in a collaborative project framed around a predominantly agricultural central-US state. This means, there is a diverse topography and land uses, with rolling hills, forested river valleys, sprawling farming flatlands, scattered midsize towns, and agriculture-based industries. The West Massodeya project is primarily task-based; this means that no one will be given a territory, like a county, as an exclusive area. The project welcomes anyone interested in mapping towns and villages to farms and individual buildings.

If you have interest, feel free to contact Alessa. It's exciting to see what we can see what we put together! 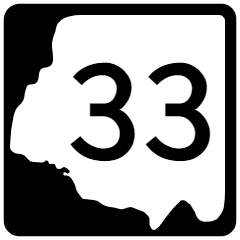 West Massodeya has its own state highway system, and numbers may be assigned upon request. Please do not add or remove routes from the network without speaking to the state coordinator.

Three Federal States motorways are presently designated in the state, and an additional route has been assigned.

Some counties have county-numbered highways, as a legacy of the previous county-ownership model. These numbers are gradually being removed and decommissioned. A series of county routes may be added later, as the state progresses further.

Thank you to User:Brunanter for the design.