Alormen∈⊾ (AR120-91) is the largest state in the Federal States, with an area roughly 2/3 the size of Texas or the whole state of California. It is a guided collaborative inspired by Texas and the south-eastern US. 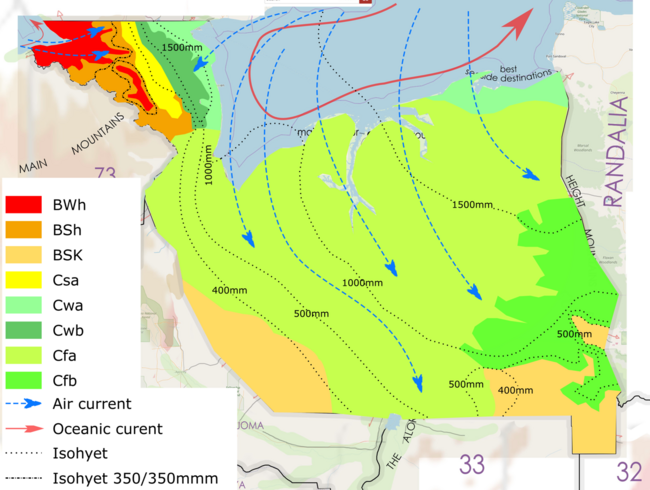 File:Alormen colonisation.jpg
Map of Alormen during the period when the Ingerish begin to arrive, showing direction of travel for Castellan, Ingerland and Randalia. Red - the Castellan territory of Santa Annestas, Green - the maximum extent of Randalia occupation, Brown & Blue - territory under native control. 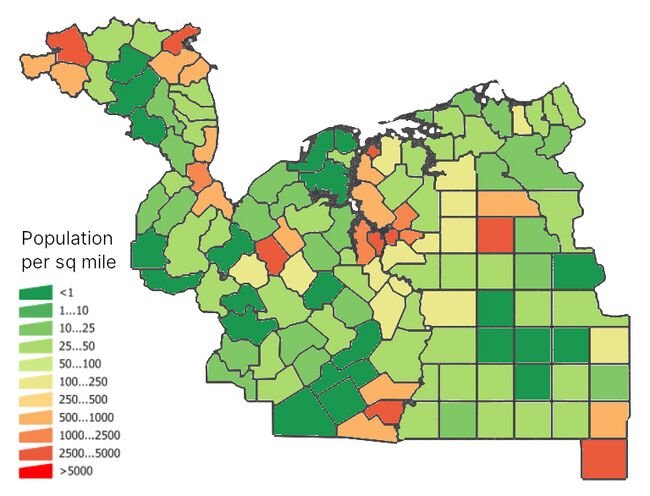 Population map of Alormen based on the county divisions 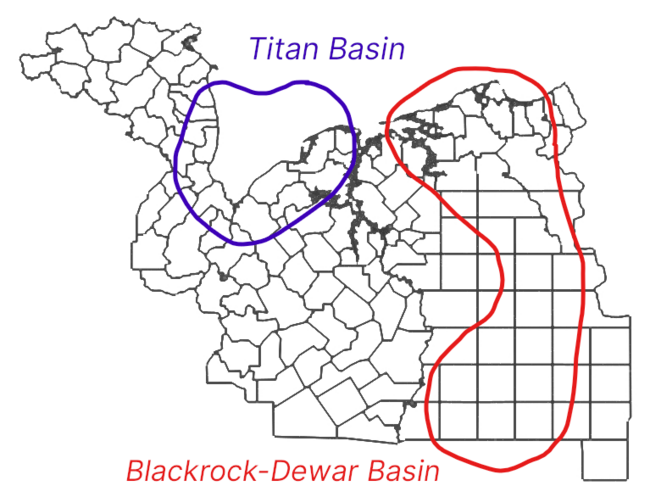 There has been oil production in Alormen for over one hundred years and hydrocarbon extraction is an important segment of the state economy. Pipelines, refineries and the wider downstream sector have played a key role in the industrialisation of the state, especially in central and east Alormen.

There are 6 national highways running through Alormen.

San Pascual is a collaborative city in northern Alormen - OGF:Federal_States/Collaborative_States/Alormen/San_Pascual You can find more information and register your interest on the city wiki page.